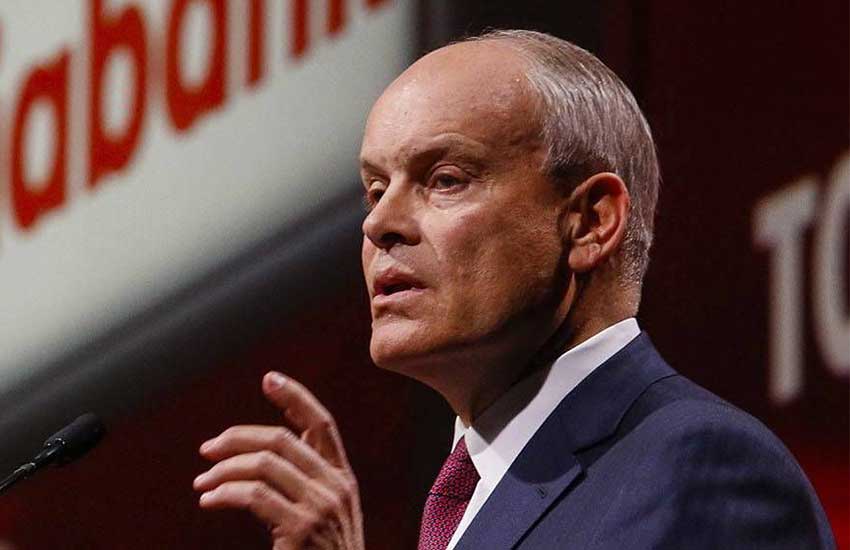 What they won’t tell you about the Scotiabank Affair is that it is a fantastic opportunity for us in St. Lucia to learn an extremely valuable lesson: at the end of the day, our relationships with these foreign corporations is all about the bottom line – the dollar.

The way in which Mr. Brian Porter, CEO and president of Scotiabank, spoke so bluntly about how he sees us here in the Caribbean, is very revealing; and I, for one, am extremely happy that he chose to do so when announcing to the world that his bank is on the brink of pulling out from “non-core” Caribbean nations, including ours.

Thus, I will parse through some of his words in what was effectively his parting shot at us, and explain why we should encourage our leaders to be far more diligent on our behalf when dealing with these corporations; and for us to also take personal responsibility, as an electorate, to make sure that our political parties seriously address such issues during their election campaigns and seriously address them while in office, for our greater good.

In a conference call earlier in the week, Porter had this to say about Scotia’s exodus from our islands: “Exiting these non-core operations is consistent with a strategy that began five years ago to sharpen our focus, increase scale in core geographies and businesses, improve earnings quality and reduce risk to the bank”.

Please pay close attention to some key words in his statement. “Non-core” as he said, is descriptive of us and other small islands in the region and how we’ve fitted into Scotia’s business model.

He also noted that this decision was to “reduce risk to the bank”.

And please don’t get it twisted: I don’t disagree with Porter’s comments at all. At the end of the day it’s just business — and we have been caught not minding our own.

It is extremely important that we understand that none of these corporations, banks, businesses, countries, charities, or organisations and blocs like the UN, or the EU, care one fig about whether we live or die as a people in our little island home. We are mere pawns on the chessboard for these people and they will use our overemotional outlook on life, to get us on board with whatever plans they have in the works and then dump us at the most opportune time.

This is exactly what happened in this Scotia deal.

When Porter said that this exit “reduces risk to the bank” it is clear that the bank made the best decision for itself and there was clearly no sentiment involved. The only sentiment of any kind (mostly useless anger), is coming from us, we who still don’t do what’s best for ourselves, while expecting others, to do so.

Take a look at these remarks by Antigua and Barbuda’s Prime Minister, Gaston Browne, regarding the sale: “At no stage was the government of Antigua and Barbuda consulted by the Bank of Nova Scotia nor was its agreement sought in this matter.”

Browne went on to say that: “the government of Antigua and Barbuda has concluded that the divestment announced by the Bank of Nova Scotia is not in the overall interest of our country and our people”.

With that in mind, our leaders have allowed corporations like Scotiabank, to operate with near impunity and have clearly not taken into consideration the possible consequences of doing so.

Browne’s response is emblematic of governmental leadership in the Caribbean being reactionary and not proactive and anticipatory in the least, when it comes to dealing with these types of issues. In the main, we have leaders who are led and who do not lead.

For some reason, we think that “the big countries” or big businesses owe us, (there goes that same old slave mentality again); and are so blinded by euphoric joy whenever they throw us a bone.

Some people are talking about how horrific this development is, and how much history Scotiabank has in our tiny islands and countries.

But the fact is, none of these countries, or businesses owe St. Lucia or the Eastern Caribbean a thing. We owe it to ourselves to do what’s best for us and had we done so, perhaps this development would not have come as so much of a shock to the system.

When looking at the reason Scotia made this move, based on what’s been reported, it’s clear that their sizing up in the much larger Latin American markets, meant that they no longer had a need to operate here. To them, we served our purpose, and now that we’re no longer needed, we’ve been disposed of.

As John Aiken, an analyst with Barclays bank in Toronto expressed, Scotia has significant reasons for optimism going forward, “as the [Latin American] acquisitions are integrated and an improving sentiment with the disposal of certain operations in the Caribbean deemed as non-core.”

“Non-core” The same term used by Scotia’s CEO Porter. Cruelly harsh, brutally transparent, and painfully matter of fact. But at the end of the day, it’s reality.

Instead of whining over spilt milk (in this case the Bank of Nova Scotia affair), we need to take this punch on the chin, get back up, learn our lesson with this experience and from now on, protect ourselves at all times, with legislation that has international weight behind it.

Without that international backing, whatever laws we put in place will be null and void concerning these international corporations and businesses and our leaders need to have the fortitude to say no to whatever places their people at the mercy of said corporations.