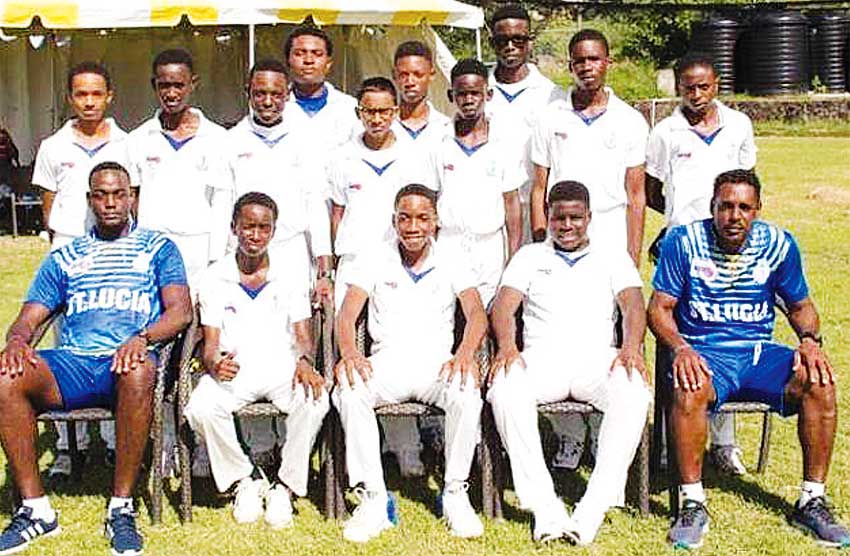 IT was sweet revenge for home team Saint Lucia, as they retained the Winlott Windward Islands Under- 15 cricket title with a convincing seven-wicket win over defending champions Grenada at the Darren Sammy Cricket Ground on Monday 17th December 2018.

This is the fifth time Saint Lucia has won the championship.

The defending champions Grenada batted first and posted 100 all out in 43.1 overs.

Kervyn Gangadeen continued with his good form in the tournament and led the way with a well-played 33 from 81 balls which also included 3 fours. Other contributions with the bat came from Jerel Jeremiah 16 and Rion Mitchell 12.

Extras, the second highest score with 27.

Kevin Gassie was not out on 51 from 72 deliveries with seven 4s and Shawnil Edward 21 not out from 48 balls with 1 four. The pair added 65 to see Saint Lucia across the line.

Man of the match – Kervin Gassie for his outstanding performance with the bat – 51 not out and picking up 1 for 16 from 7 overs; he also bowled two maidens.

It must be noted in the first round of the Tournament the Grenadians defeated Saint Lucia by 7 wickets. Scores in the match, Saint Lucia 74 all out in 30.4 overs; Grenada in reply 77 for 3 in 26.4 overs.

Meanwhile, four Saint Lucians has been selected in a 14 man squad to represent the Windward Islands in the 2019 Cricket West Indies U15 tournament schedule for April. The players are Royce Paul, Steven Abraham, Kevin Gassie and Shawnil Edward.