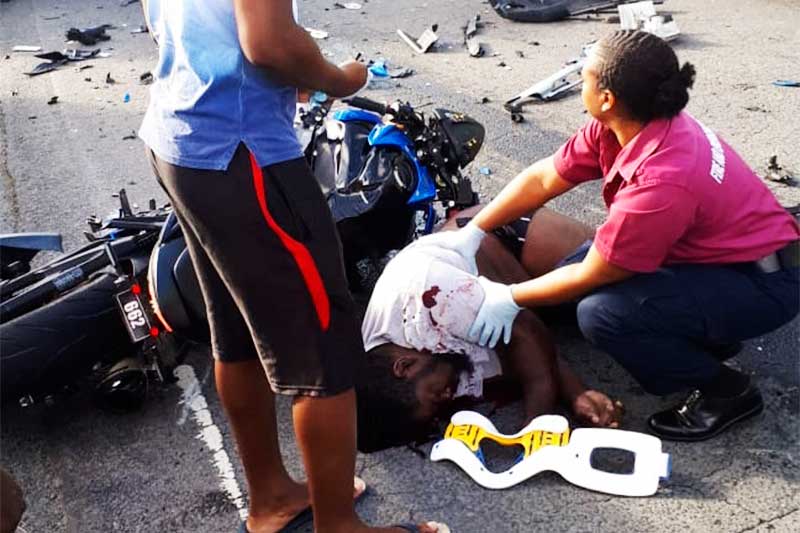 One man is battling for his life and another injured following a motorcycle crash in Laborie. 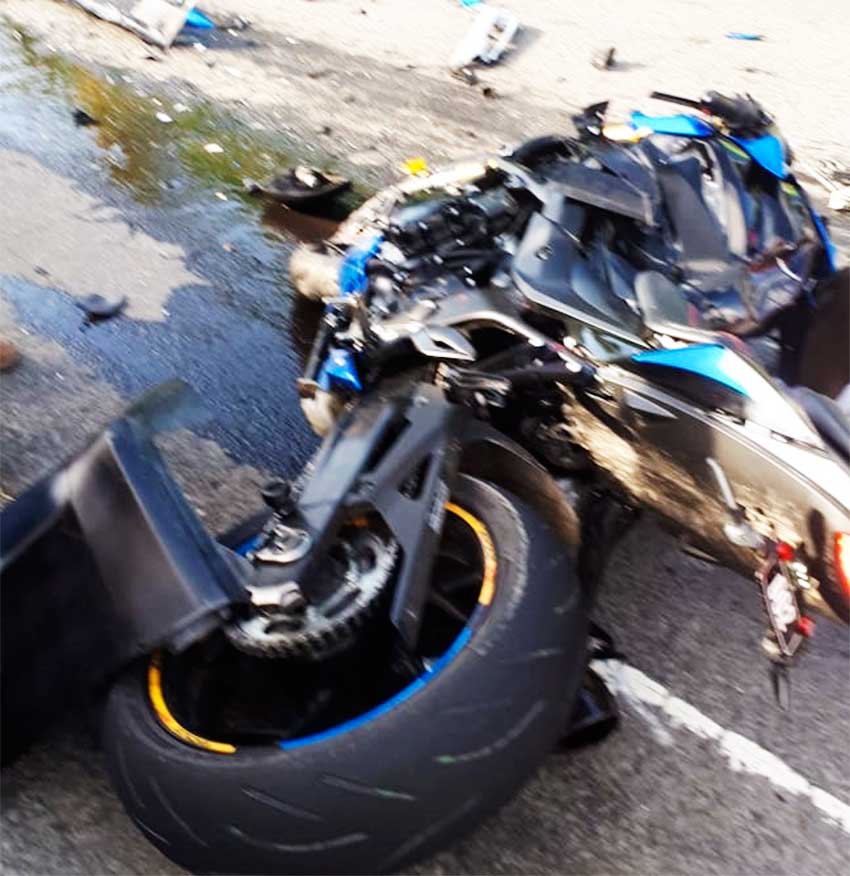 The crash occurred this morning on one of the community’s busiest roadways. Part of the road was expectedly closed as members of the Saint Lucia Fire Service who were called to the scene worked feverishly to stabilize the injured victims.

The crash involved one motorcycle and minibus according to officials. Details on the injured rider’s condition is not yet available but The Voice can confirm he was being transported to the hospital. 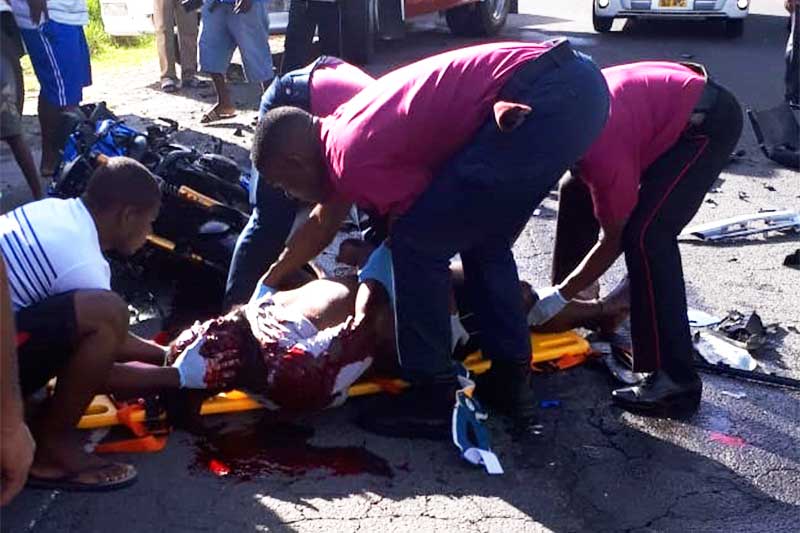 The video of the horrendous road accident showed a member of the community rushing to aid the injured driver of the minibus as well as the Firefighters who had the responsibility of clearing the oil that had spilled from the mangled motor cycle.