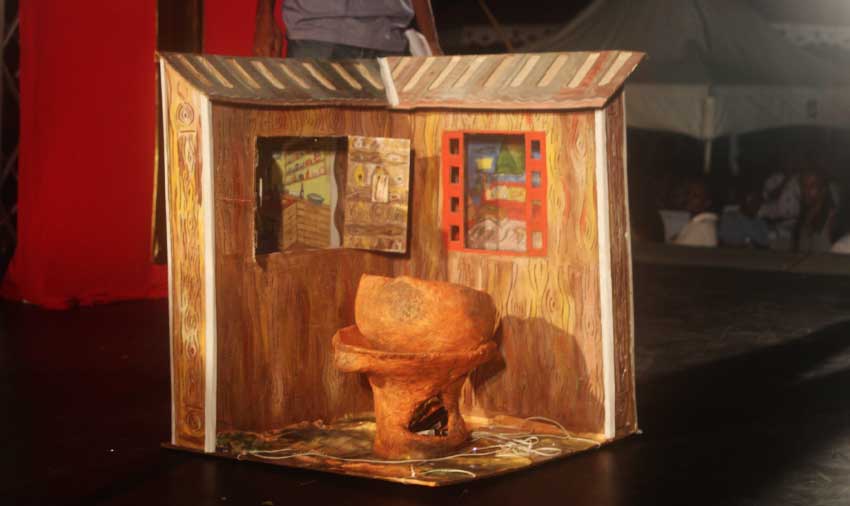 Minister responsible for Culture and the Arts, Senator Fortuna Belrose, made a call for Saint Lucians, especially young people, to get creative, fulfil their dreams and live life to abundance.

Her call was in keeping with many who have come before her to praise the creative skills of lantern makers.

Belrose, at the lights festival on the Sir Derek Walcott Square Wednesday night, urged young people to use the lantern competition platform for growth and opportunity in their creative abilities.

The lanterns this year did not produce the wow effect, at least from this journalist’s perspective compared to previous years.

A reason perhaps for this is that the lanterns were not shown in their glory because several of them failed to light-up properly while on display. Another reason was that the stage was not dark enough.

However, the lanterns were rich in creativity, like the one which stole the Most Outstanding Award, which depicted outside cooking Saint Lucia style.

Another presented by a Marchand Combined School student was in the shape of a handbag.