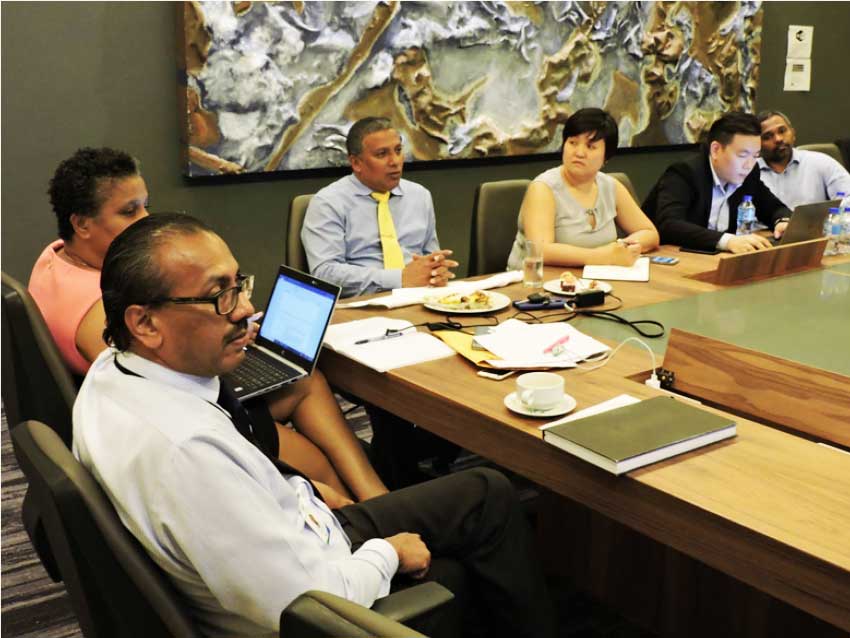 THE Saint Lucia Social and Economic Labs, a new approach government has undertaken to develop and deliver the Medium-Term Development Strategy for 2019-2022, has now gone through the pre-lab phase of focus group discussions on the six key priority areas for government.

According to the release, Permanent Secretary in the Department of Economic Development, Transport and Civil Aviation, Phillip Dalsou said he is pleased thus far with the outcome of the first two weeks of the Social and Economic Labs.

The release stated, “Completed is the pre-lab phase, which engaged various stakeholders from across the island in intense discussions on creating a vision and core priorities for the six areas government has identified to develop a medium-term development strategy for St. Lucia.”

According to Dalsou, “Once we had established the vision and what we would like to accomplish in all of those sectors, the second week has been devoted largely to problem solving.

“We will look at what are some of the key issues impacting some of the critical projects and priorities in those sectors and how can we solve these problems.”

Dalsou noted that each focus group identified specific priorities for their sector.

According to the PS “Infrastructure focused on the development of the road network, air and seaports to create capacity for economic growth, while Tourism identified a number of hotel concepts across the island that investors would find attractive while crime focused on the areas of crime prevention, detection and improvements in the justice system.”

Dalsou said, “In agriculture the discussion revolved around the seven priority crops that the government has identified and how we can encourage farmers to grow those crops.

“In the area of education where was quite a bit of discussion on technical vocational education and the Sir Arthur Lewis Community College.

“Essentially what are some of the factors; where the education sector should be heading? So there was quite a bit of discussion there.

“ In the area of health, the three big areas that have been identified for health has been the St. Jude Hospital, the OKEUH and health financing, health insurance.”

According to the government statement, “Guy Joseph, Minister for Economic Development, Housing, Urban Renewal, Transport and Civil Aviation, said growing the economy should be important to the entire country.

“He added that government has welcomed the involvement of the various stakeholders participating in this planning process. “

According to Joseph, “The work of developing St. Lucia is not just the responsibility of the government and too many times the focus is that of just government ministers and being held accountable for everything.

“At the end of the day, if you do not equip the staff with the knowledge, the knowhow and what the vision plan is, then it is difficult to expect everybody to deliver on what the overall plan is for the development of St. Lucia.

“And so, the development of the mid-term strategy — which is where we want the country to be — is something that is clear to the Cabinet of Ministers, but getting buy-in from all of the stakeholders, whether in the private sector or in the public service, is very important.”

Over the period December 3rd to 14th, the Social and Economic Labs will focus on detailed implementation plans for the identified projects, some of which are expected to feature in the government’s 2019-2020 estimates of revenue and expenditure.