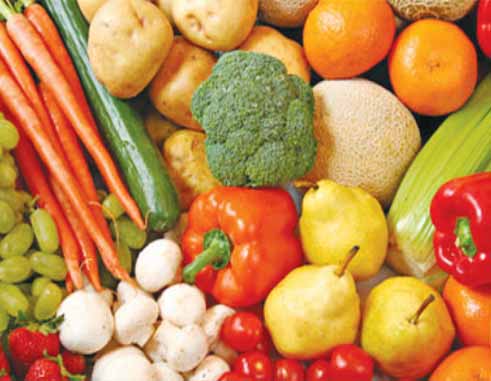 The GEF SGP UNDP programme in Saint Lucia opened the first Knowledge Fair in the history of Saint Lucia yesterday.

The two-day programme showcased over 50 interactive booths on projects and programmes in Saint Lucia under the theme “From the Soil and Water to the Palate – A Healthy Journey.

The event was hosted on the William Peter Boulevard in Castries.

Prime Minister Allen Chastanet and Castries City Mayor Peterson Francis both took the opportunity to thank GEF, SGP and UNDP for the role it’s played in bringing these initiatives together.

The PM thanked them “for all the work that they have been doing in St. Lucia, not only on this particular issue, but certainly on many other environmental and development issues.

“And I want to take this opportunity to thank them all for their continued support of St. Lucia.”

Mayor Francis also praised the achievements of the organizers, saying that they “also demonstrate the accomplishments of GEF-SGP Projects in St. Lucia.”

“These accomplishments, too numerous to mention, have contributed to many areas; particularly relating to the environment and climate change; while trekking ahead on our Sustainable Development Goals.”

Francis added: “We do appreciate all that has been done and we applaud your current model which is production driven.”

As part of the fair, the UN Subregional Team for Barbados and the OECS launched the Sustainable Development Goals pop-up gallery for the first time in the Eastern Caribbean.

St Lucians were encouraged to join ‘Mission 2030’ to discover how the 17 Global Goals relate to their day-to-day lives in the Caribbean. Visitors also learned how to take action to tackle the most press challenges facing St. Lucia and the world.

Yesterday as well, The Peoples’ Forum was held in the Parliament Chamber, where ordinary Saint Lucians discussed the topic.

One output of this session was a ‘Castries Declaration’, to be circulated (to Saint Lucians from within and outside Saint Lucia) aiming to collect 10,000 signatures in 24 hours.

Today, the People’s Knowledge Fair will continue with A TECH TALK session at the Castries City Hall’s auditorium.

The Knowledge Fair is intended to demonstrate how St Lucian’s can BUY organic, EAT organic and GROW organic towards a healthier future for the country!

Additionally, patrons learn about how they can support the national effort to achieve the Sustainable Development Goals towards Mission 2030.