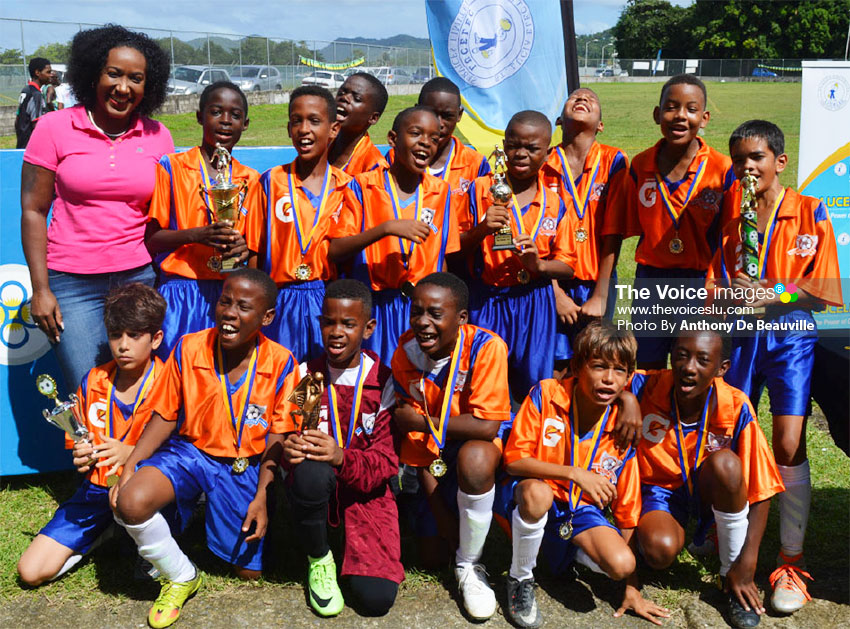 THE curtains came down on the ninth edition of the Castries LUCELEC/BOSL Youth League recently, as spectators, fans and parents were treated to nonstop exciting football action at the Sab Sporting Facility

The first match of the finals turned out to be a major upset in the U11 age group, as Flow Lancers FC were able to prevent Valley Soccer Club from recording a perfect tournament.

Coming into the finals Valley Soccer Club had a one hundred percent record and were the prohibitive favourites. However, determined defensive play and goals from the family combination of Mc Quain and Kerrison Byron resulted in Flow Lancers FC winning 2-0.

In the third place play off for the U13 division, VSADC Pinehill Sharks defeated FC Pioneers 1-0, a goal scored by Terrel Mitchel.

Perhaps feeling the disappointment of not playing the finals spurred on the duo of national U14 selectees Ajani Hippolyte and Shaquan Nelson as they both were in no nonsense mood. Nelson recorded a well taken brace and Hippolyte had a hat trick inside of 63 minutes. The other contributors for FC Pioneers were Demario Pelage and Marlon Nurse while there was also an own goal from Valley Soccer Club.

In the third-place playoff for the 17 and under category between FC Pioneers and Flow Lancers FC. The full time score ended 2 -2 all, but FC Pioneers were able to hold their nerves and prevail on penalty kicks.

In the 17 and under finals VSADC Lucozade defeated Valley Soccer Club 2-1.

Following each final, a prize giving ceremony was held where outstanding players and the winning teams were recognized.