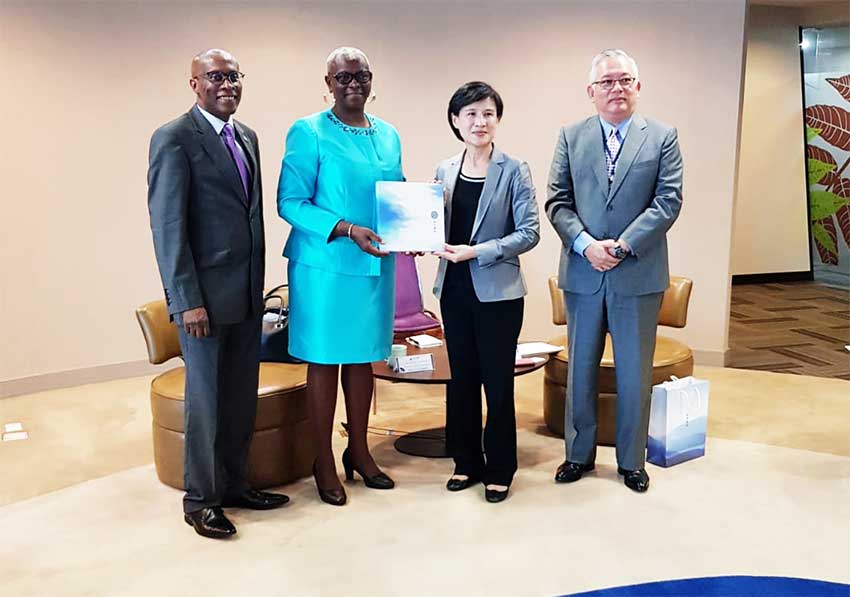 ON Tuesday St Lucia’s Minister for Culture and Creative Industries, Senator Fortuna Belrose, concluded a successful visit to Taiwan where she was hosted by Saint Lucia’s Embassy.

The focus of her visit was on strengthening cultural links and cooperation between St Lucia and Taiwan and studying the organization of the country’s handicraft development and production systems.

In Nantou County, an area in the centre of the island, she visited the National Taiwan Craft Research and Development Institute. Its handicraft workshops specialize in basketwork, wood and metal work and various other materials and the Minister was most impressed with the quality and standards, which she felt that St Lucia could learn from and seek to emulate.

In the workshops, she met the “Masters” who are among the country’s most expert craftsmen. They all volunteer to pass on their skills, even if some have already retired.

The Minister noted that this was a very useful device for ensuring that knowledge of the traditional production techniques for the country’s unique handicraft would be passed on and not lost to future generations.

In a visit to Yingge, close to the capital, she was able to view high quality ceramic work, both traditional and modern.

They discussed cultural exchange and collaboration and noted that Taiwan has a wealth of indigenous culture whilst St Lucia has rich folklore and traditions. They noted that cooperation in the area of music is one that could yield immediate and beneficial results.

The Taiwanese Ministry was impressed to learn of St Lucia’s strength in contemporary music, in particular Jazz which is world class and felt that our top singers and musicians would find appreciative audiences in Taiwan and be most welcome and successful.

Collaboration on facilitating exchanges of leading musicians was discussed. It was hoped that during 2019, there would be exchange visits between the two countries.

Specifically, support was discussed for participation by St Lucian artistes in musical and other events such as the Jazz Festival and the Creative Industries fair.

It was agreed that the St Lucia Embassy in Taipei would follow up on the proposals.

In a separate meeting, Minister Belrose met the Deputy Minister of the Council of Indigenous People, the Hon. Mr. Calivat Gadu and discussed support for the St Lucian handicraft industry and the development and preservation of our folk Culture.

Before leaving Taiwan, the Minister travelled to Taichung and met with six St Lucians who are on a three-month hospitality training programme.