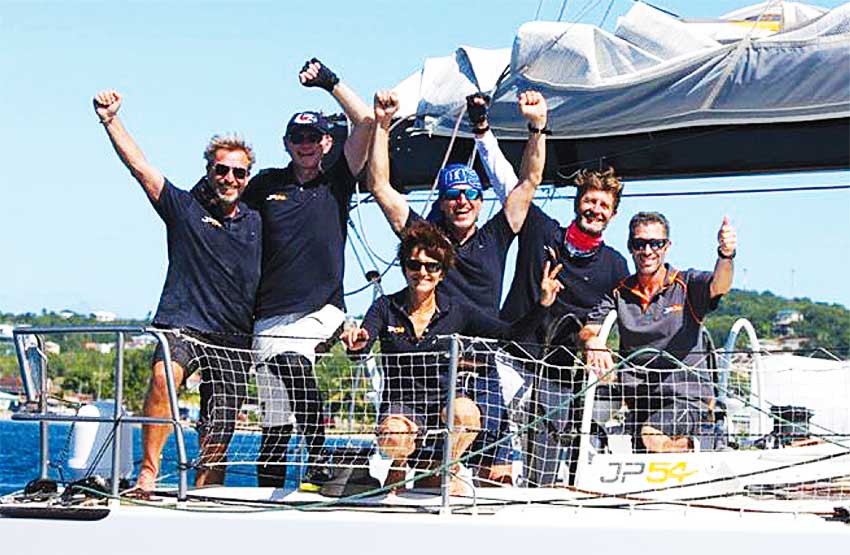 World Cruising Club organizers for the Atlantic Rally for Cruisers and Events Saint Lucia are keeping their fingers crossed and hoping the crew onboard Excalibur will be in early enough to join the remaining 1300 plus sailors and children for the grand gala closing ceremony scheduled at 5.00 p.m. at the Beausejour Indoor Practice Facility.

By all reports from World Cruising Club (WCC), for the past few days there has been a steady inflow of boats of various sizes into Rodney Bay after their Atlantic crossing from the Canary Islands in Las Palmas some 2700 nautical miles, as they set sail on Sunday 25th November, thus keeping the welcome team from WCC team Yellow T-Shirts and Events Company of Saint Lucia on their feet all hours of the day and night.

Up to press time last evening it was still uncertain, who of the stakeholders, would be delivering closing remarks. Efforts in trying to get information has not been forthcoming from Events Company of Saint Lucia, but the many sailing enthusiasts present at the BIPF this evening can rest assured, the Minister of Tourism, Dominic Fedee, General Manager for IGY Rodney Bay Marina, Sean Devaux and WCC Director, Andrew Bishop who returned from Saint Vincent and the Grenadines following that island’s ARC+ Prize Giving Dinner will be on hand to deliver brief remarks.

At this evening grand finale a number of awards will be presented in various categories of boats from Class A-F, Multihull, IRC and Spirit of the ARC.
The night will definitely belong to Jean-Pierre ‘JP’ Dick, the owner and skipper of The Kid, the first boat to arrive in Saint Lucia on the direct ARC route from Las Palmas on Thursday 6th December after taking 11 days, 4 hours 07 minutes 49 seconds; the six man crew which include 5 men and 1 woman will be on hand to receive their Line Honour award.