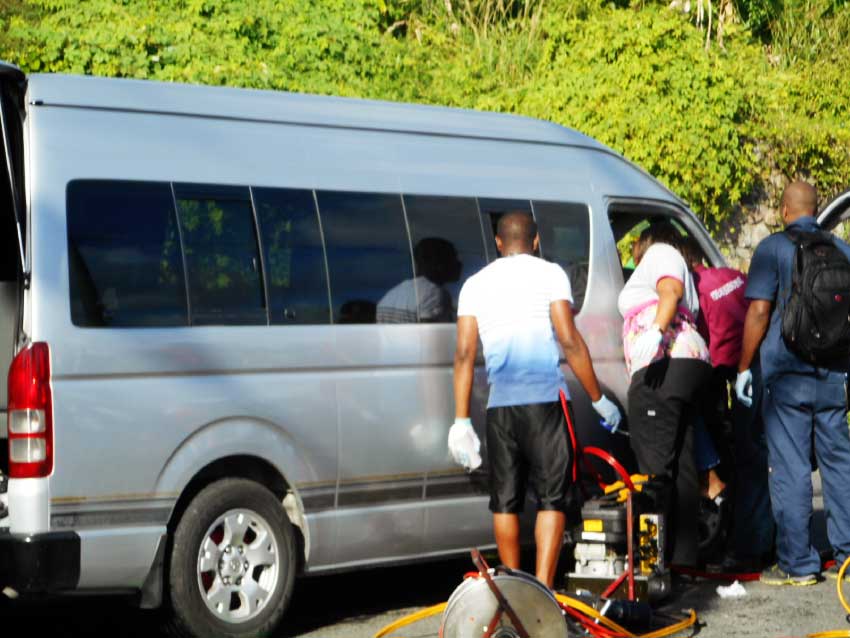 A VEHICULAR accident along the Vieux-Fort/ Laborie Highway on Tuesday morning claimed the life of a young man of Laborie.

Brad John lost his life after the motorcycle he was riding collided head-on with a minibus travelling in the opposite direction.

He, along with the driver of the minibus, Eric Joseph, who suffered broken legs and facial injuries, were rushed to hospital.

Joseph had to be extricated from his vehicle by the ‘Jaws of Life’, which had stopped for a while during the extrication process.

An eye witness to the accident, who was travelling in a vehicle which the motorcycle overtook, said he saw the deceased sailing in the air clinging on to his motorcycle.

The area where the accident occurred is prone to vehicular accidents.

“We had some challenges with the operation of the ‘Jaws of Life’, however, the problem was quickly resolved and extrication was possible within a reasonable time,” Officer in Charge of the Southern Division of the St. Lucia Fire Service, Ronald Pelius, told this reporter at the scene of the accident.

He added that Joseph was trapped for a long time in the vehicle due to his feet being entangled with the pedals of the vehicle.