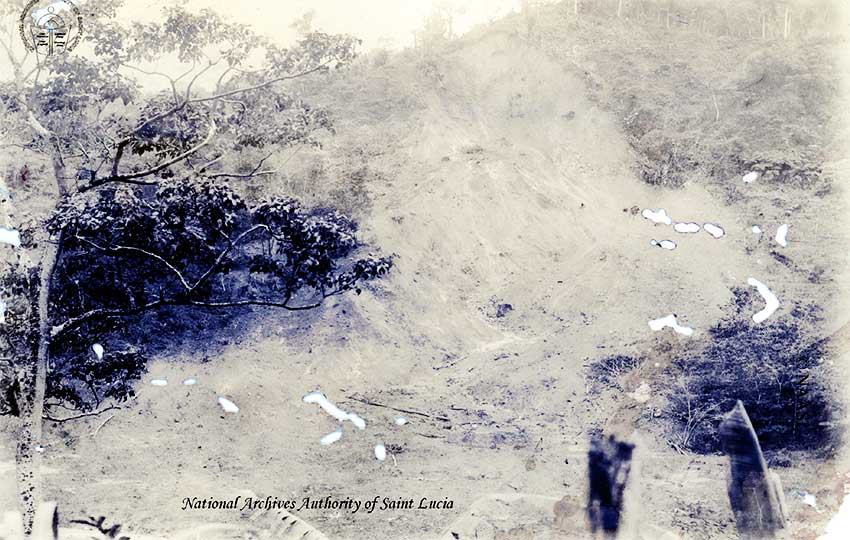 THE Ravine Poisson Disaster Committee (RPDC) and the St Lucia Archaeological Society (SLAHS) have organized a commemorative service for tomorrow, in observance of the 80th Anniversary of the worst natural disaster ever recorder on St Lucia.

The organizers say the service is a community endeavor in remembrance of those who lost their lives and living survivors in this tragic event.

The service will be held on the church grounds of the SDA Church at Ravine Poisson, where the major landslides occurred in 1938 on November 21 and 22.

At tomorrow’s event there will tree-planting, unveiling of the sketches of two monuments which will be erected in memory of those who lost their lives and three stones also to be erected signifying the three landslides.

In addition, there will be the lunching of the first-ever book written on the tragic event written by Pastor Leonard Laurencin, a son of a disaster survivor whose relatives also perished in the landslides.

This book is saga of a people and a St Lucian family who traced their roots from the shores of Africa to the present time.

It is entitled, An Incredible Story of the Worst Landslide Disaster in the History of Saint Lucia.

Part of the book says: “Historical facts revealed that the depraved colonial overlords profited immensely from the exploitation of trees and lumber from the island. This encouraged local residents to engage in rapid deforestation practices to eke out a living for themselves and their families. Contributing to this environmental debacle was a terrible road construction project through a fragile and precipitous Barre-de-L’isle mountain.”