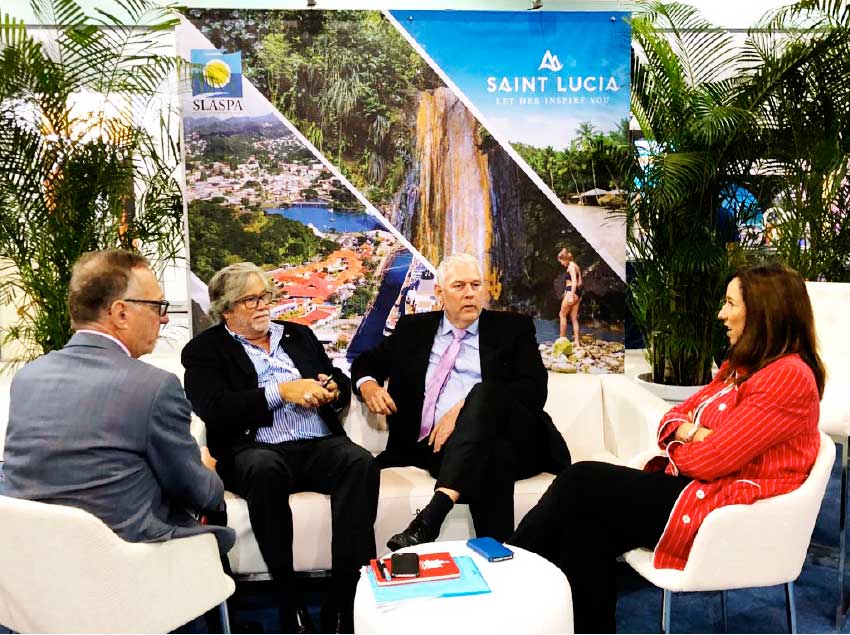 The four-day event (from November 5-9, 2018) at the Sheraton PR Hotel & Casino in San Juan, was an opportunity for Saint Lucia to grow its cruise tourism business which is up by an impressive 13.2% so far this year.

In January 2018, Saint Lucia expanded the capacity of Port Castries to accommodate Freedom and Quantum Class vessels, which have contributed significantly to the increase in the number of cruise visitor arrivals.

The FCCA Cruise Conference and Trade Show blends meetings and workshops with social functions that allow attendees to develop relationships, promote their products, and learn from FCCA executives.

The executives represent the FCCA’s 18 Member Lines who decide where ships call, what is sold and used onboard, and how to invest in destinations and infrastructure.

In addition to the expansion of Berth No.1 at Pointe Seraphine to accommodate Quantum and Freedom Class vessels, the Government of Saint Lucia is advancing plans to build a cruise ship port in Vieux Fort, the southernmost part of the island.

Saint Lucia’s focus at the 2018 FCCA Cruise Conference and Tradeshow was to ensure that the destination becomes a port of call for additional cruise lines, while networking inclusively to improve the cruise tourism product. (SLTA)