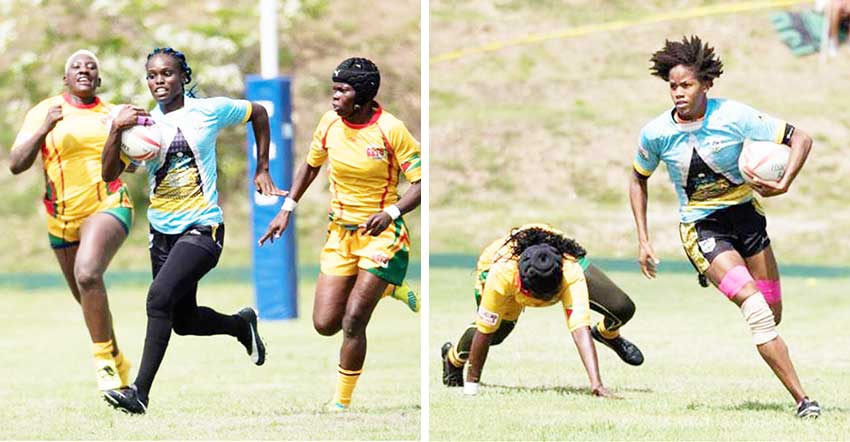 IT can best be described as an outstanding performance by Saint Lucia women in the 2018 RTEK RAN Women’s Sevens tournament, staged over the weekend at the Barbados Polo Club in Saint James, organised under the banner of Rugby Americas North.

Team Saint Lucia made the semifinals and finished fourth out of the 10 participating teams.

According to reports coming from Barbados, Saint Lucia’s fourth place finish is the best by any island from the Organisation of Eastern Caribbean States (OECS) and signals the improvement in the standard of rugby football in Saint Lucia in recent years.

On the field of play, in preliminary Pool A, Saint Lucia defeated Guyana 25-0, went down to Mexico 20-5, breezed past the host nation, Barbados, 29-5, and in their final preliminary match they beat the Dominican Republic 12-7.

In the semifinals against Trinidad and Tobago, Team Saint Lucia were beaten 22-5.

In the third place matchup, Saint Lucia went down 5-0 to Jamaica.

Playing in Pool D, the Saint Lucia men did not fare nearly as well as their compatriots, however; they lost to Trinidad and Tobago 20-0, Cayman Islands 47-0, and Saint Vincent and the Grenadines 7-0.

In the “Trophy” competition, the men defeated Turks and Caicos Islands 31-21, lost to the British Virgin Islands 26-10; Saint Lucia pulled one back as they had the better of Saint Vincent and the Grenadines 21-12 in an “All Saints” matchup.

The men finished 11th overall, out of 14 teams.