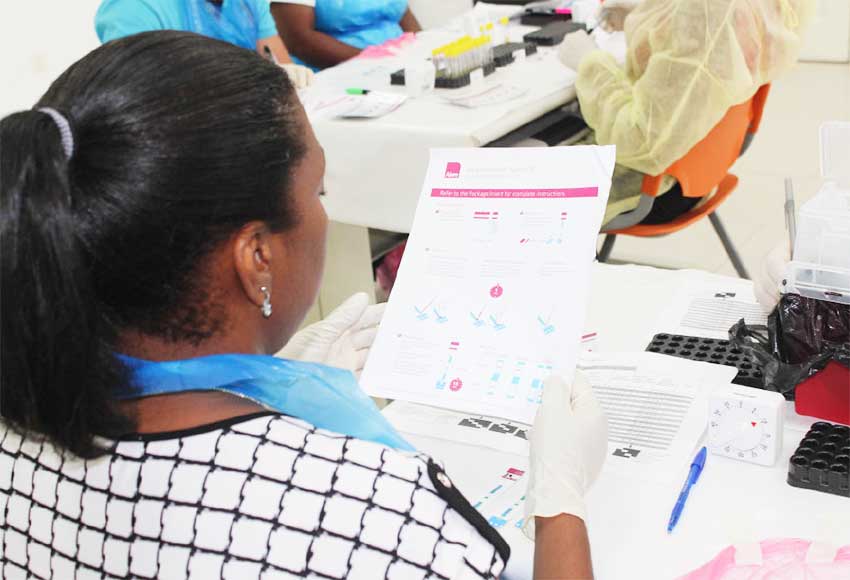 PRESS RELEASE – STATISTICS from the Ministry of Health indicate that there is no spike in the number of new HIV related infections on island which has remained in the 40s for the last three years.

However the ministry continues to encourage members of the public to know their HIV status as the infection rate among men is almost double that of women.

Acting Senior Medical Officer for Infectious Diseases, in the Ministry of Health and Wellness, Dr. Gail Gajadhar said the number of new HIV cases have remained about the same over the past 3 years.

According to Dr Gajadhar, “We found that there has been twice the number of men compared to women. In terms of all those numbers our goal is to reduce our numbers further.

“We’re hoping persons will be able to practice being faithful to their partner, using protection, things like that.

HIV is treated like any other Chronic Disease, such as diabetes and hypertension where treatment and medication if provided free of charge at public health clinics.

Dr. Gajadhar encouraged all sexually active persons to know their HIV status by getting an HIV test which is also free and available at the sexual and reproductive health clinics and selected wellness centres across the island.

She explained: “We have done a population size estimate study, so we know we have key populations out there. We have men who have sex with men (MSM), we have transactional workers, we also have other vulnerable populations like the youth and migrants.

“So, we’re encouraging everyone to come in to get tested. And like I said it does not matter whether you are from St. Lucia or migrating into St. Lucia we offer free testing and free treatment to all persons no matter where you’re from. We don’t discriminate.”

She noted that though globally funding for HIV has reduced, the OECS region is fortunate to have received a Global Fund Grant which as allow the region and St. Lucia to accomplish a number of significant goals.

She said, “They have assisted us with many things.

The Medical Officer for Infectious Diseases stated that the OECS anxiously awaits approval for a continuation grant from the Global Fund with will allow both St. Lucia and the Region to draw close to the 90-90-90 targets set by UNAIDS to end the AIDS epidemic.