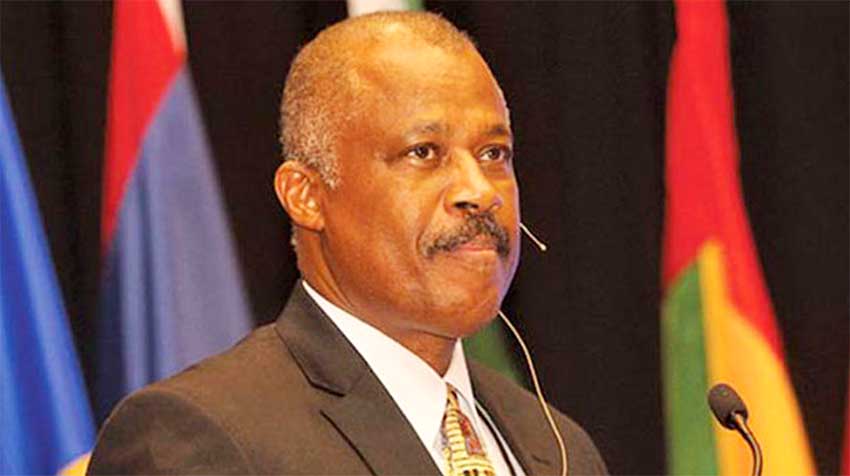 Chairman of CARICOM Reparations Commission cites Sir Arthur Lewis to justify the region’s pursuit of Reparations from Europe for Slavery and Native Genocide.

PROFESSOR Dr. Hilary Beckles, Chairman of the CARICOM Reparations Commission, has quoted Saint Lucia’s legendary thinker and writer, Sir W. Arthur Lewis, to reinforce the argument that not only does Europe owe reparations to the Caribbean, but its pursuit is essential for Caribbean governments and societies.

Dr Beckles, who is also Vice Chancellor of the University of the West Indies (The UWI), also says the emancipation celebrations and observances in former colonial societies that saw slavery is necessary to not just take place, but also to continue – and not only because of the despicable nature of the greatest crime against humanity known to mankind.

The Chairman issued a statement on August 1st that reflects the positions of the various National reparations Committees and the CARICOM Reparations Commission, which he heads.

Following is the full text of the 2018 Emancipation Day Message by Professor Beckles:

We join annually with communities across the world in marking the moment in which the crime of chattel enslavement was confronted and uprooted from our existential realities.

For us, the moment is August 1st; other dates are determined elsewhere and officially recognized.

Marking the moment in a celebratory fashion remains necessary despite the despicable nature of the gesture of Emancipation, legislated by Britain in 1838.

It was an act in which black peoples were finally defined by Parliament as property, and their enslavers deemed entitled to compensation for property loss.

Today is an opportunity for descendants of the enslaved, and enslavers, to reflect upon the causes and consequences of these crimes against humanity, and in particular their significance on how we live today, and will in the future.

Rising up from the barbarity of bondage, we have dedicated our development energies to the advancement of democratizing social values, with a primary emphasis on building societies that are free and fair; upon platforms of multiracialism and multiculturalism.

As descendants, we celebrate the values of human decency left as an additional burden for our ancestors to carry.

Every day they imagined would be an Emancipation Day.

They protected and projected the best tried-and-tested human values – joys of family life, fine spirit of community living, vitality of food security and material production, moral commitment to equity and justice — and critically, the overarching, indispensable importance of freedom as the source of all happiness.

Effectively transcending and conquering the legacies of enchainment, impoverishment and racial denigration continue to elude us.

Residual elements of the plantation-based past continue to shape our societies and determine their trajectories.

This year, we find it necessary to litigate the restoration of democratic rights and citizenship, illegally stripped away by the British government from thousands of Caribbean descendants rightfully living in that country since the immigration door was opened to passengers aboard Empire Windrush in 1948.

Last year, evidence of hostility against the Caribbean community by the British state erupted against the background of data, unearthed by historians, showing that the finance bond, by which the British government raised £20 million in 1834 to pay reparations to slave owners, remained active until 2015.

This fact powerfully shows that, for the British state, the slavery world persisted well into the 21st century, putting to rest its argument that “slavery was a long time ago”.

These contemporary examples show how the effects of historic crimes still surround our societies.

‘Emancipation’ for us remains a work in progress and in no way can be considered a distant event that is settled and closed.

It is specifically for these reasons that we celebrate Emancipation day as a moment in which we demand reparatory justice.

The Caribbean calls upon the enslaving governments of Europe, and their national institutions, all enriched and empowered by their crimes against humanity, to return to the region in order to participate in cleaning up their colonial mess.

As we confront the future, let us be guided by Sir Arthur Lewis, who stated in 1939 that the 200 years of unpaid labour extracted by the British from the enslaved people of the Caribbean is a debt that must be repaid to their descendants.

This is important, he asserted, if we are to have a fair shot at sustainable development.

Pushing ahead with a self-emancipatory agenda is critical, but we must do so fully conscious of this broader context of our development efforts.