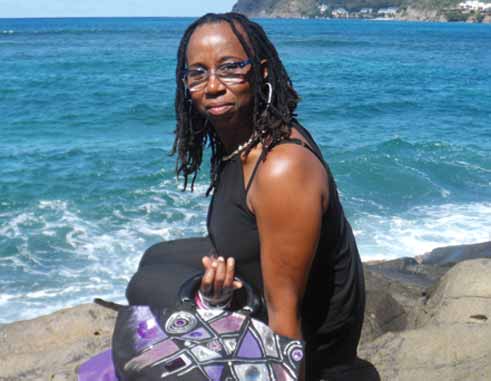 Samuel has been recognised for her contribution to the fashion industry both in St Lucia and within the Region and was selected from among a large number of submissions. In addition to receiving an award, Samuel will also participate in the Caribbean Style & Culture Awards and Fashion Showcase which will be held on Saturday, June 30, 2018 at the Silver Spring Civic Center in the heart of Downtown Silver Spring, Maryland, United States.

Samuel is among a group of several other designers and models from countries such as Guyana, Jamaica, Haiti, Guadeloupe, Grenada, St. Vincent & the Grenadines and Trinidad & Tobago whose work will be honoured at this event.

The Caribbean Style and Culture Awards is a showcase of fashion, music and art, held annually in the month of June to commemorate and celebrate National Caribbean American Heritage Month. The Caribbean Style & Culture Runway Showcase is exciting, dynamic, constantly changing, and full of new styles and colour combinations to amaze the world. It brings the newest collections from the hottest Caribbean fashion designers showcasing the very best from the Caribbean and South American Region.

This is the ninth year that the Caribbean Style & Culture Awards and Fashion Showcase is being hosted. Over the years, the event has honoured the work of several renowned designers and models from across the Caribbean. Past recipients of awards from St Lucia include Taribba do Nasimento and Fiona Compton.

As the Caribbean Style & Culture Awards & Fashion Showcase heads into its tenth year, the event will seek to expand its reach to include work from Caribbean photographers and makeup artists as we believe that these stakeholders all play a part of telling the stories of the Caribbean fashion industry to the world.