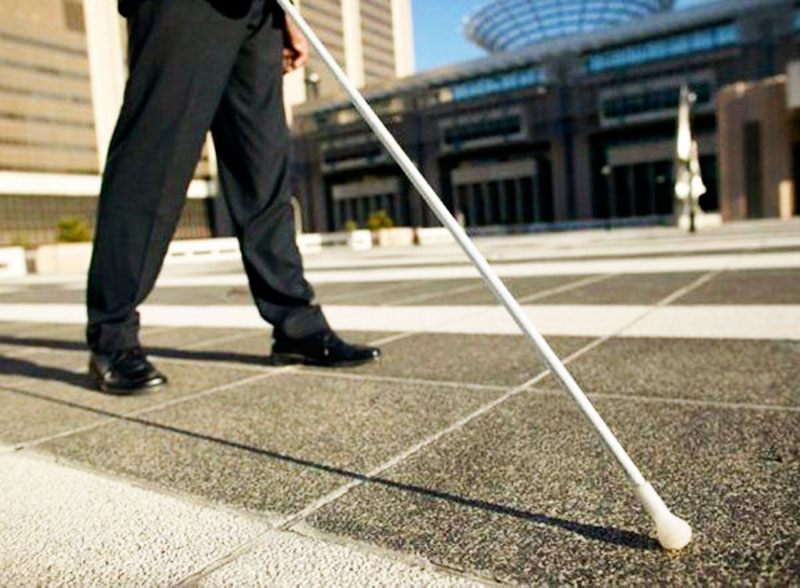 THE Executive Director of the Saint Lucia Blind Welfare Association, Anthony Avril has defended the organisation from criticism by a group of its members, who in a press release described the SLBWA as being “on the verge of dying…suffering from dementia.”

The criticisms ranged from financial mismanagement to electoral nepotism as Avril responded to each claim, denying a few and acknowledging the others; but each time defending himself, his team and the organisation.

“I have to remind all those who are screaming [to] step back and see how many blessings they have received from the Association.” Avril said in response to the press release.

In that press release the group of concerned members claimed that “a total of seven staff members have been made redundant to date”. It was also alleged that “what is left of the Association is the Executive Director and his administrative team and skeleton staff at Eye Care Saint Lucia.”

However Avril responded by saying that the downsizing of staff was a must, given the financial constraints on the Association.

He stated that “because of serious financial constraints [the Association] had to downsize the services, staff, and all of that.” He also stated that “We had to let people go and the one rehab officer is [a] part of the casualties.”

Another criticism leveled at Avril and the Association is the suspension of certain education services.

After citing that “the Association is incorporated by an Act of Parliament of Saint Lucia No 9. 1972 to “provide education and training as well as full placement and social services for blind persons” it was alleged in the press release that this function was not being fulfilled by the SLBWA since, “Education services in support of blind and visually impaired children have been suspended effective April 1, 2018.”

Avril did not deny that the education programme was suspended but offered reasons for this taking place.

“There was a huge issue where the teachers said they are not employees of the SLBWA because they are being paid by the government.”

He also said that with the current subvention the Association receives from government, it is not possible to run the education programme.

“We were getting a small subvention to run the programme…” Avril said, defending the decision to suspend.

He also said that the SLBWA is “receiving less than $100 000 a year” for subvention and that in order to “continue carrying on this [education] programme” the government would have to “revisit the subvention.”

However, according to the criticisms found in the press release, any financial restraints now being suffered is due to “a number of poor decisions…made which have placed the Association in the dilemma it faces.”

The group acknowledged that “while major inroads have been made under the leadership of the executive director…” the discontinuation of several money earners such as the Mop project, the Creativity Book project, Eye Care St. Lucia, and Blind Cricket have led to the current lack of funds for the Association.

“The eye health care services are not disconnected or discontinued” Avril stated, calling the allegations “deliberate disinformation” and said of those making them that “they are cutting their own throat to take over the Association.”

However he did acknowledge the closure of the other “money earners”, providing various reasons for their respective suspensions.

“The mop making was not really generating income for the Association” Avril said, contradicting the assertion made in the press release that it did.

He went on to explain that “What it was doing is that it was able to keep the guys employed and cover the cost of the operation. It was not really generating [income].”

Avril also stated that “The mop project discontinued because we were subsidizing it” and that “failure to meet certain payments forced it to close.”

About the Creativity Book Project, he said that even though it was “a great idea…the problem was that we would produce books but we were not able to sell the books.”

He said of Blind Cricket that it “is a very expensive game. It is cricket adjusted for the blind.” He also said that the Association did not have any sponsors and went on to explain that “Sponsors will buy into something if they know they are going to get maximum return. Blind cricket is not there yet.”

He gave a summarized history of the cost of cricket to the SLBWA over recent years.

“We hosted the regional blind cricket activities in 2015 in St. Lucia. We received some support but we incurred a deficit of about $80 000. It had to be paid.”

He said that it was good that the SLBWA got to “expose a number of blind students to blind cricket…” but that ultimately it cost them “about EC $160 000” and that despite the help from the “lottery authority [and] Auberge Seraphine…all told we had to deal with a deficit.”

However, Avril was criticized in the press release for the SLBWA’s decision to host the above mentioned tournament, stating that this was done “without in-depth analysis relating to cost…” and that this “placed the association in debt [of] more than $100 000.”

Avril was also accused of nepotism in the press release concerning the issue of elections.

“The election of the executive council of Thursday April 12, 2018, was very much flawed because the executive director and administrative team brought their friends and family to vote…ignoring long standing members who were nominated for various positions on the council,” noted the press release.

While Avril did not address an election in April of this year, he did say about the one last June that “when we try to have an AGM to elect an executive council, members of staff wanted a staff dominated executive, which is outrageous” saying that “you are cutting your throat” and asking “what about your due diligence…?”