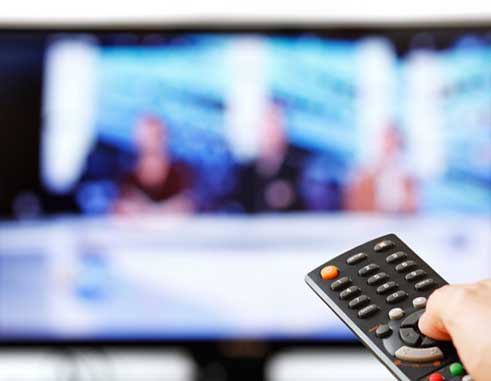 THE level of TV broadcasting in St. Lucia is undoubtedly hovering at unacceptable levels, which in turn has a dramatic effect on our young minds and immature persons.

Let us first focus on the program entitled POLITICALLY INCORRECT, which is viewed by many as being TOTALLY INCORRECT, but more importantly, the show is hosted by someone I see as a semi-lunatic who talks twice as fast as his limited intelligence will allow.

The sad part of this program is the valuable air time provided by Choice TV.

Several members of the SLP have internally distanced themselves from the host, based on his continued misdirection. But, of course, any nonsensical issues directed at the current PM will also provide them with some form of joy.

The other degrading and distasteful program entitled CAN I HELP YOU, aired by MBC, is another farce by an individual engulfed in hatred, who uses the most vile set of language he can, against anyone who dares to disagree with him. A perfect example is the explicit words directed towards Minerva Ward over an incident involving the Inland Revenue Department and the individual himself which most St. Lucians witnessed on Facebook.

Talk show hosts should maintain a level of decorum and class, as these shows are viewed internationally. Is it possible that our tiny island can be judged by the standard of two disgruntled and unbalanced individuals, but more importantly: Can the two TV stations condoning that nature of illicit propaganda be supported by our citizens?

On March 15th, 2018, Rick Wayne, on his talk show TALK, actually commented on the inappropriate TV and radio broadcasts which show St. Lucia in a bad light.

When we revisit what takes place in St. Lucia regarding sexual abuse, homicides, road fatalities related to excessive drinking, the disposal of garbage etc., do we sit back for a moment and ask ourselves WHY?

The key word to the response is DISCIPLINE — and the INDISCIPLINE which we have adopted will be our downfall as a nation.

We must respect each other, even if we disagree, while on the other hand when we listen to NEWS SPIN and NEWSMAKER LIVE, we recognize and witness Timothy Poleon as one talk show host of integrity and well-balanced in his rebuttal, no matter how disrespectful the callers can be.

Can we not take a page from his book to better our nation and follow a new path.