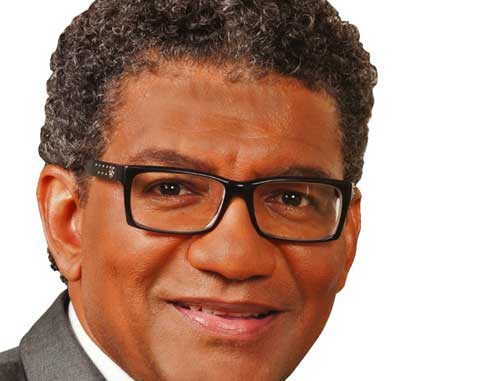 On March 15, 2018, Saint Lucia joined the rest of the world in commemorating World Consumer Rights Day and as Minister with responsibility for Consumer Affairs I would like to wish each and every consumer a Happy World Consumer Rights Day. For it was on March 15, 1962 that former US President John F. Kennedy first addressed the issue of Consumer Rights. Fifty-five years later, consumer rights and consumer interests have grown in importance and now command attention in almost every country. Non-Governmental Organizations (NGOs) such as National Consumer Associations and Consumers International have advocated and continue to advocate for the rights of consumers in an effort to ensure that manufacturers and distributors of goods and services place paramount importance on consumer safety and value for money.

As we commemorate World Consumer Rights Day, taking cognizance of the theme “making digital marketplaces fairer” we are reminded by Consumers International, the umbrella consumer advocacy body, that we as consumers, as governments, as consumer welfare organizations and as businesses have to place greater focus on and recognition of the rights of consumers in the digital age that we live.

Developments in technology, especially in information and communication technology and the internet have created a digital marketplace and with the advent of globalization and trade liberalization, we now live in a world where consumers have direct access to wider choices of goods and services. The concept of specific geographical markets is increasingly becoming blurred as more transactions now take place in cyberspace. Digital technology has created new opportunities for consumers to communicate and to access information. It has provided greater convenience and choice from a wider range of digital products and services from new and non-tradition markets. Products such as smart phones, smart televisions, smart refrigerators and stoves, smart homes and other goods are increasingly becoming an almost natural part of our daily existence. And as we sign onto multilateral trading agreements which facilitate trade in goods and services, the convergence of technology on digital platforms make these cross-border trade transactions occur seamlessly and effortlessly.

For nearly two decades now a lot of work has been done to advance the welfare and interest of consumers within countries of the Organization of Eastern Caribbean States (OECS) and the Caribbean Community (CARICOM). Over the years, we have built a consumer protection framework that has made great advances in promoting and protecting consumer rights in Saint Lucia – and I speak of the collective work of the Consumer Affairs Division, the Saint Lucia Bureau of Standards and non-state actors such as the National Consumers Association working collaboratively and cohesively in promoting and protecting consumer interests. But more still has to be done.

According to the CIA fact book, there are approximately 86,000 internet users in Saint Lucia or 52.4 % of the population and in 2016 mobile phone subscriptions for every 100 inhabitants was at 107. This means that there exists a very large majority of consumers using mobile and broadband communications; who potentially have direct access to overseas markets through the internet and engaging in e-commerce; and who are vulnerable to internet scams, identity theft and cyber-bullying. Consequently, there is need to strengthen the laws, policies and regulations to protect the interest of cyber shoppers in an effort to create a fairer and safer digital market place.

Mindful of the myriad of concerns, challenges and vulnerabilities that consumers face when transacting in the digital environment it is necessary to strengthen the existing legislation and to enact new legislation to protect the interest and welfare of consumers.

The Government of Saint Lucia, in-keeping with its policy of developing community access centres and enabling access to information as well as the development of village tourism and ensuring that visitors to Saint Lucia can stay connected while enjoying our island, launched the Government Island-wide network simply called the (GINet) Project. This project is aimed at establishing a wireless local area network in public areas in order to provide residents, tourists and persons conducting business free and/or low-cost internet access. These are developments that will further integrate our local community into the digital market place. There is no turning back from this path of insertion into the global digital marketplace.

As Minister with responsibility for Consumer Affairs it is clear to me that transacting in this new environment is filled with risks that we must collectively minimize through smart policies that safeguard consumers’ welfare and interest. The work of consumer protection must be grounded in well enforceable legislation, lobbying and advocacy. Businesses must recognize their responsibilities to protect consumer data obtained, and invest in security that would build greater consumer confidence in the digital marketplace. My Department on World Consumer Rights Day engaged consumers in the various communities in an activity dubbed the Roving Road Show – This activity was held to sensitize consumers on matters related to Consumer Affairs and this year’s theme.

In closing, I believe that access to reasonably priced internet services that work must be a basic right in this era. Hence this Government will work to ensure that we are served with broadband access that is affordable to the poor and vulnerable so that all consumers may benefit. I especially urge the consumer organizations not to relent and continue to influence the private sector and government in providing you with the infrastructure and services that are vital in this digital economy; that is fair and just for all.