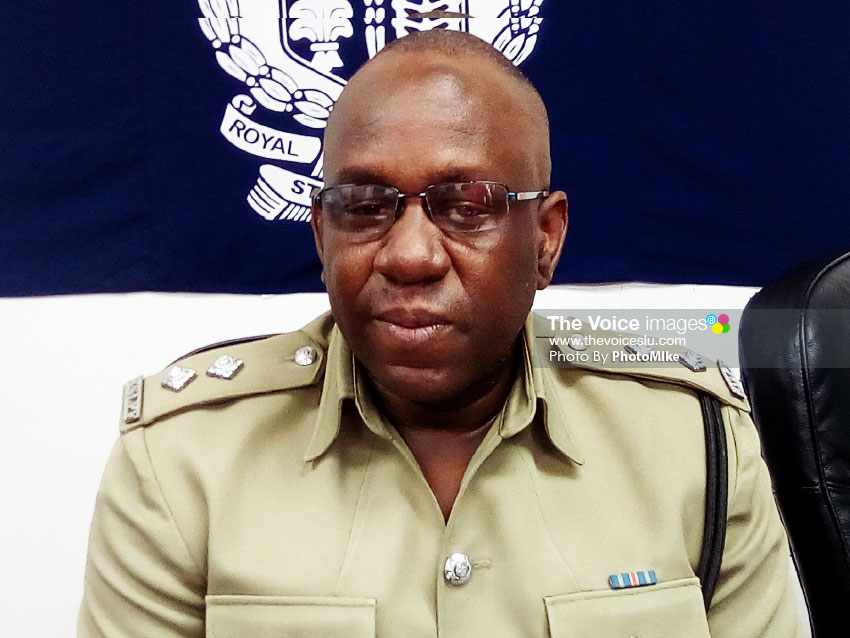 THE Traffic Department of the Royal St. Lucia Police Force has vowed to stem traffic violations in the country and seems prepared to go all the way to achieve that.

At a news conference yesterday, Inspector Benson Deterville emphatically declared that the department will pursue and arrest traffic offenders pursuant to its mandate.

“There will be robust enforcement of the law as it relates to traffic violations. We need to send a clear message to the motoring public that violators will be dealt with accordingly and we will leave no stone unturned in respect to enforcing the traffic laws of the land,” Deterville said.

“As officers of the traffic department, we will have zero tolerance for traffic violations,” he added.

The department’s attitude to traffic violators is understandable, as already for this year the country has recorded four road fatalities, including a two-year-old and two teenagers.

This seems to be a continuation of the carnage on the country’s roads as seen in statistics compiled by the department over the course of three to four years.

His indignation at what transpires on the country’s roads increased when statistics on road fatalities for the three years under observation were unveiled.

Fourteen people lost their lives in 2015 via road accidents and 15 in 2016. As if following a pattern, the statistics showed that 17 persons lost their lives in that manner last year. With already four young lives lost to the roads so far this year, the Traffic Department personnel are not prepared to listen to traffic violators’ excuses.

“Improving road safety will be our mandate and we will continue to do all that is within our power as far as it relates to the resources we have available to ensure that we deliver on our mandate,” Deterville said.

He noted that the objective of the police force, especially the Traffic Department, is the preservation of life and property.

Despite the tough talk about stopping traffic violators, the Traffic Department could only do so much as it does not have the resources to prove in a court of law, for instance, that someone was speeding or driving under the influence. Deterville admitted to the department’s deficiencies but was certain that these shortcomings will soon be rectified.

“Earlier this year, I saw and heard the Minister responsible for us (Home Affairs Minister, Hermangild Francis) indicate that we will be getting training and equipment as it relates to certain concerns that we have. He highlighted we will be getting speed guns, also we would be equipped in the near future with breath analyzer,” Deterville said.

Deterville complained about the numerous incidents of reckless behaviour seen on the nation’s roads and the lack of courtesy extended by motorists to each other. This recklessness and lack of manners displayed by motorists, he said, contributes to the carnage on the roads.

“The lack of courtesy takes place a lot from the Vigie Roundabout, all the way up to Gros Islet,” he added.

The department’s manpower has been beefed up with 15 additions and, as a result, Deterville promised more traffic cops on the beat — even at nights.