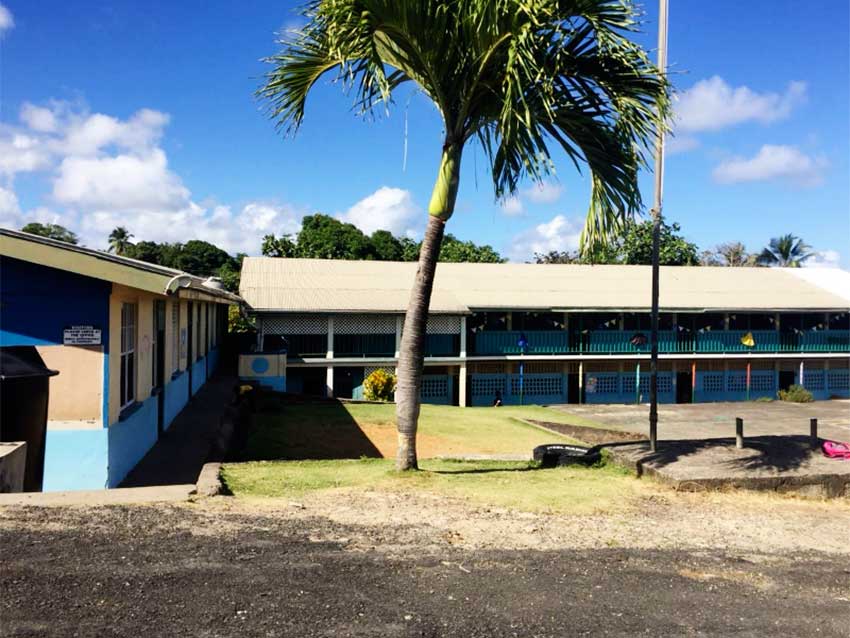 The Deputy Permanent Secretary (DPS) in the Ministry of Education, Innovation, Gender Relations and Sustainable Development, Michelle Charles said the merger is just a proposal.

However, that view is not one shared by the respective residents of Mon Repos and Patience, who in general think that a decision has already been made to merge the schools, despite the two consultative meetings which have taken place over the past two weeks.

Over the last two weeks there have been two meetings held in the communities of Mon Repos and Patience by technocrats from the Ministry of Education, to discuss with local stakeholders, the possibility of a merger of the two schools.

Neither of the meetings was widely known by the public at large, as The VOICE only found out about them after being tipped off by one of the parents of the Mon Repos Combined School, who had attended and who wanted to express his dissatisfaction with the potential closure of the school.

“The meeting was held at the Mon Repos School…at 4:30p.m. on the 13th of February, 2018” said a parent, who wished to retain his anonymity. “The meeting was held with the parents of the student body and Ministry Officials, including the DPS who is Mrs. Charles; (as well as) Dr. Louis and Mr. Khodra” he said in an interview with The VOICE.

Describing what he called the consensus disagreement with the proposed merger, he stated that “the parents totally disagreed with the idea and they said that the consultation…with them…was happening very late” despite the fact that “they believed that they were probably the primary stakeholders in the school;” since “they’re the parents of the students.” This sentiment was also repeated by parents in Patience.

The Mon Repos Combined School parent also described the general attitude of the parents at the meeting as one of “dissatisfaction” and “disrespect”, stating: “you had to have some footage of the way the meeting went to show the dissatisfaction, the disrespect that the parents pronounced in the meeting, how they felt and how the matter was being dealt with.”

“Yes the meetings were two very different meetings, the reception was really different. In Mon Repos, the parents were a bit more vocal and they raised a number of concerns,” she said.

Describing the parents who attended the meeting at Patience Combined as “a bit more receptive” to the proposal, DPS Charles stated that “one of the key concerns…was that…they would really want to ensure that if we are going to take the time and bring in all students inside of here that we are able to make the Patience School, a state-of-the-art, a model school, a smart school, a smart primary school, one of the best on the island.”

This viewpoint was re-emphasized by Charles in a post meeting interview at Patience Combined when she stated that “There were a number of factors that led us to leaning towards the Patience School, but I think…one of the major points for Patience was the quality of infrastructure. It is not the best but it really is in a better condition than Mon Repos. And as it relates to the cost for rehabilitation–and you know these were the considerations– I think it would have been an easier pill to swallow for us at the Ministry.”

To say that the parents of the previously mentioned east coast primary schools disagreed with the Ministry’s conclusion, would be one of the understatements of the century.

Members of the school’s PTA were present at the meeting, and were the most vocal in their opposition to the timing of the merger. Those who spoke did say that they understood a need for the merger, based on the evidence provided by the Ministry, but that a merger during the 2018/2019 academic year would be too soon to be done safely.

Other parents, brought up the cultural and historical differences between the two schools; stating that the stigma in the community is that the students of the Patience Combined School are not as smart as the ones of the Mon Repos Combined School; a problem which, though it seems trivial to those outside of the community, could be a major cause of concern if any merger were to take place.

This sentiment was a confirmation of the one expressed to this reporter, by a parent of a student of the Mon Repos Combined School, who is also in opposition to its potential closure and its merger with Patience.

He also stated that the historical value of the Mon Repos Combined School should have been taken into consideration before this merger was proposed: “My daughter attends there, my aunt went there, my father went to that school. The school has produced ambassadors, lawyers, pilots…you name them, doctors, nurses, regular farmers, public servants and so on,” noted the parent.