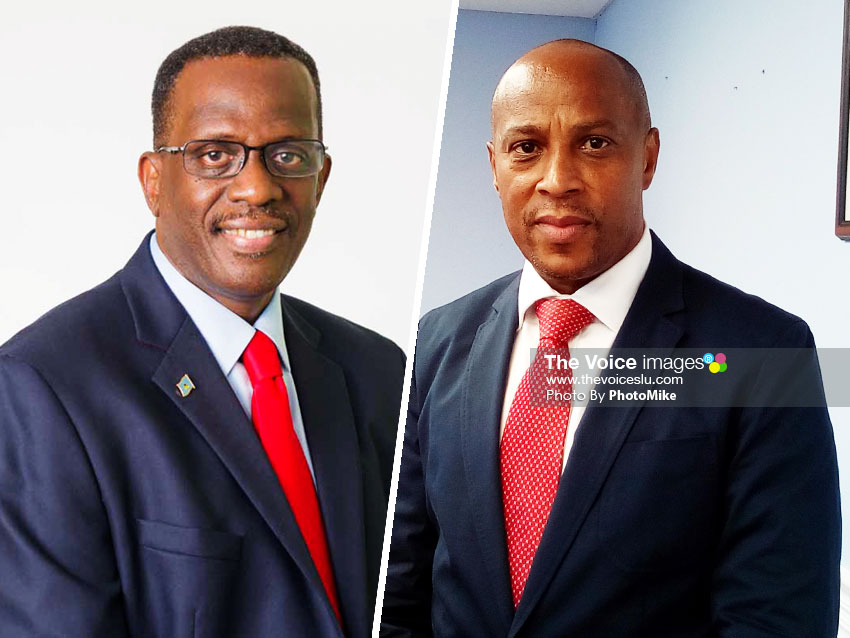 POLITICAL Leader of the St. Lucia Labour Party (SLP), Philip J. Pierre, is advising technocrats within the public service not to allow themselves to be used by politicians on either side of the political spectrum.

The advice was issued after Pierre was pressed to comment on the issue of alleged illegality in Parliament and the fact that Chief Executive Officer of the Citizenship by Investment Programme, Nestor Alfred, who, earlier this week, announced the number of foreigners awarded St. Lucian passports under the programme, information yet to be revealed in Parliament, as pertaining the laws governing the programme.

“It was not in Mr. Nestor’s remit to say how many citizens were given passports if the document has not been laid in the House,” Pierre said.

He added: “The law states that it must be laid in the House every three months — it is clear. It has not been done, so if Mr. Nestor had spoken to me, if he is allowed to, I would have said to him (to) advise the Prime Minister to follow the law and put in the Parliament the names, addresses, (and) I think telephone numbers of the people who were granted citizenship. It was not in his remit to do what the law says the Prime Minister must do in the Parliament,” said Pierre.

Alfred on Monday told reporters that the programme is in its third year of operation and that a lot of concerns have been expressed about the programme by the public. He emphasized that not many people understood the importance of the CIP to the country as a channel for foreign direct investment (FDI).

Alfred spoke highly of the programme, stating that its hallmark is its due diligence process with which the American, English and Canadian authorities are impressed.

“I want to make this very clear. If we want this programme to be successful, if we want the right investor to come into this country through the CIP, there is only one way to do this and that is by ensuring that we vet those people. Our vetting process may be one of the most vigorous that you can find in this region,” Alfred said.

He explained that St. Lucia hires third party firms, anywhere in the world, to do its due diligence work for it. However, before this is done, his office goes through a meticulous process of ensuring that the applicant is in compliance with St. Lucia’s policies and procedures regarding that aspect of the process.

Regarding the firms which do due diligence on behalf of St. Lucia, Alfred said they “go out as foot soldiers to establish who those people (applicants) are, where they live, who they hang out with, who are their associates, where their companies are, whether there are any bad press on their companies, their children or their spouses.”

“That information is accumulated and is sent to us. We do not just stop there; we go a bit further, which is where our international partners have said to us that before you make a decision to grant citizenship, you ensure that you have the intelligent information to make that decision.

According to him, there have been instances “where we have gotten the all clear from our law enforcement and have declined citizenship from those persons because there may be relevant information those persons have not given us. For example, were they holders of a second passport? They may have withheld the fact that they are shareholders of six companies. They may have not told us that their spouse may have been arrested for some criminal matter. On that premise, irrespective whether they have been cleared by law enforcement, we would have denied them citizenship,” Alfred said, noting citizenship had been withdrawn from about four people to date.

Alfred said that 259 people had been granted citizenship for this financial year and just under 300 from the programme’s inception.