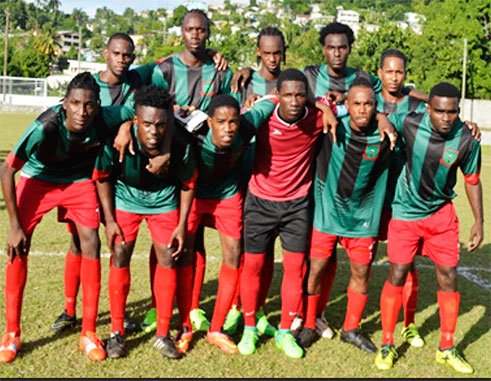 FOLLOWING closely on the heels of its gala awards this evening, the Saint Lucia Football Association (SLFA) will commence its 2018 season on the pitch tomorrow and this year is anticipated to be a hyperactive one for the governing football body in Saint Lucia.

With less than a month into the season, the transfer market has been bustling with activity and, according to the SLFA, the 2018 edition of the first division championship kicks off with double-headers, at two premier venues: the Gros Islet and Anse La Raye playing fields.

The games are scheduled to commence at 6:00 p.m. and 8:00 p.m. respectively and will be played using a round robin format that includes a total of 28 matches of seven rounds amongst the SLFA’s 8 premier clubs.

VSADC, finalists in the Mayor’s Cup with prolific goal scorer Shaquille Degazon, will play PLATINUM FC in a North versus South derby from 6:00 p.m. at the Gros Islet playing field.

Also at the GIPF, defending champions Northern United All Stars of Gros Islet will play at home with the services of Troy Greenidge, Elijah Louis and Nicholas Lawrence in their line-up, and coached by Francis Mc Donald will at 8:00 p.m. take on the champion team from the East, Ti Rocher FC.

The action will continue at 8:00 p.m. when the pride of Anse la Raye, ALLEZE, will be challenged by the boys from Marchand, Big Players, who have everything to prove. Big Players’ last outing was on December 13, when they defeated VSADC in the finals of the inaugural Mayor’s Cup, a goal scored by Lincoln Phillip.

Meanwhile, there is a lot at stake for the newly-crowned champion club as they will have the honour to represent Saint Lucia at the 2018 CONCACAF Caribbean Club Championship.