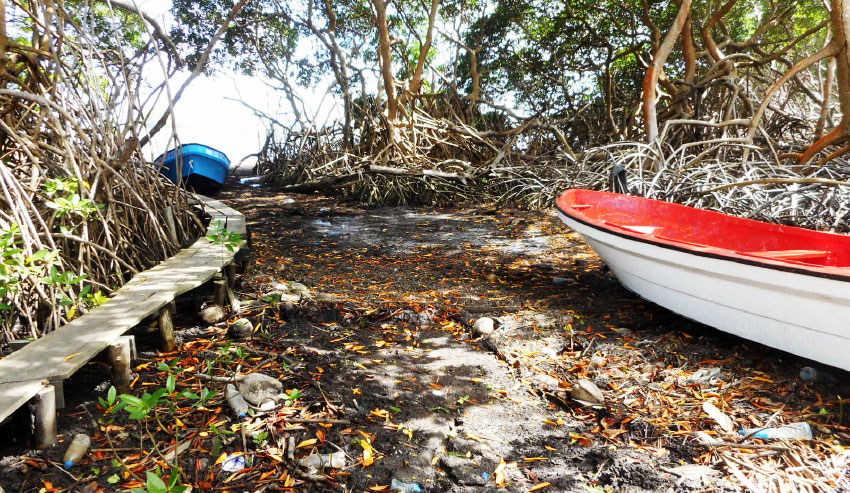 THE mass invasion of seaweed along the coastal shores of the island a few years ago is still a major concern for residents of Praslin, Micoud, especially the fisher-folks.

They feel that the noxious smell which emanates from the seaweed may seriously affect their health in the future.

Seaweed has always been here, but over the past few years there has been a more widespread prevalence of it for longer periods in the Organization of Eastern Caribbean States (OECS).

With just a fleeting glance at the Praslin Bay, one can see a blanket of seaweed which covers part of the sea close to the shore.

According to Raphael Francis, a fisherman of the area, the situation was worse a few months ago. He said Praslin is now described as an area with a stink smell.

“When you wake up on mornings, the stench fills your bedroom,” Francis said.

According to Francis, a few months ago they got some relief when the seaweed was removed by government, but now it’s back. He said if a silver dollar coin is placed at the bay for about a week it would turn black.

“If it does that to the coin, you could imagine what it does to our lungs,” Francis said.

Samson Peter, another fisherman, said Praslin now has a good jetty but needs a healthy environment.

“This problem is a big headache for us,” he said.

Another resident said some of them are so used to the stench that they are not as bothered as before but it may be a slow poison.

“I feel the smell will affect our health in the future,” the resident said.

The seaweed has also affected the vegetation near the Praslin bay.

Reports suggest that 2014/2015 saw the highest concentration of seaweed across the world.