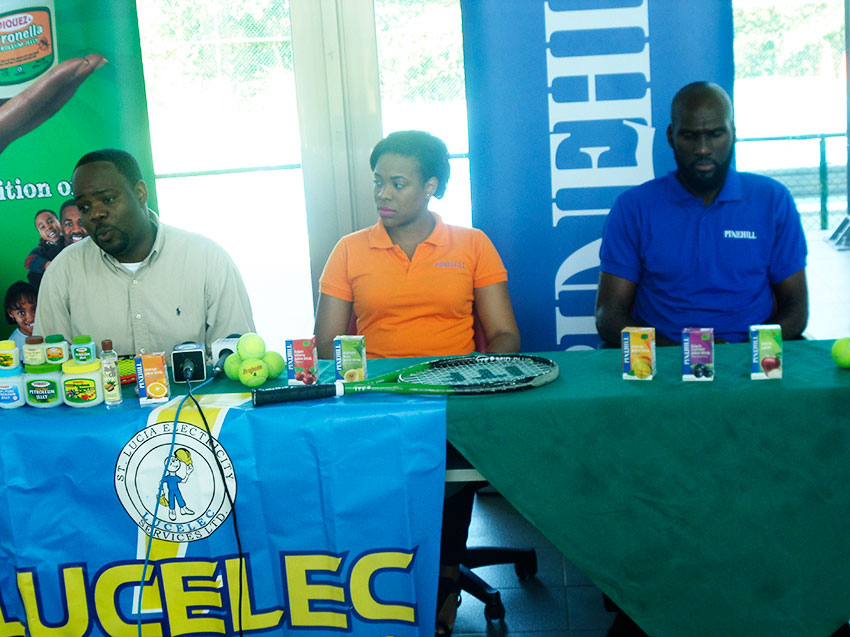 The tournament, which serves off next Thursday (February 15) from 3:00 p.m., will feature the island’s top Junior and Senior Tennis players. Defending Female Open Champion Meggan William will battle new challengers and the indomitable ageless wonder perennial Men’s Open Champion Vernon Lewis will attempt to add yet another national title to his already crowded trophy cabinet.

Speaking on behalf of the SLTAI, Vice President Digby Ambris, stated: “The Pinehill LUCELEC National Independence Tennis Tournament is a marquee event for the association as it coincides with an important time on the island’s annual calendar — Independence! This tournament officially kicks off our season and is followed by the Easter, Schools’ and Coca Cola International tennis tournaments. Our goal is to continue developing the game of tennis on the island and to create opportunities for our young people to nurture their talent and simply enjoy an amazing sport.”

Speaking on behalf of PCD, Brand Manager for Pinehill and Diquez Skin Care, Krystal Francois, said: “It’s Pinehill’s mandate to encourage active and healthy lifestyles not only through the popular Fun Walk but throughout the year by supporting this tournament and national school sports. This year, in addition to our juices, we have the support of Diquez, which is a household skin care brand, which has been in the market for more than 40 years and which boasts ‘a product for every member of the family’. We are elated to partner with the SLTAI for the National Independence Tournament.”

Another perennial contributor to the SLTAI through their support of the School’s Tennis Programme is St. Lucia Electricity Services Limited (LUCELEC). Corporate Communications Manager, Roger Joseph, stated that it’s: “Opportunity. That’s what this is about. We support the School’s Tennis Tournament and the National Independence Tournament to give young people opportunities, whether that is to follow their dreams, find what they’re good at, or just to have fun playing the game. Young people need these sorts of outlets for their mental and physical energies.”

In closing, fellow SLTAI Board member, Anselm Mathurin, thanked Pinehill, Diquez and LUCELEC for their support in such a challenging sponsorship environment and also made it a point to acknowledge previous years sponsor KIA and Northwest for their invaluable support and contribution to the tournament over the last 6 years.

“Their investment was well over $100,000 over the period and has enabled the national tournament to grow into what it is today,” Mathurin touted.

Competitive categories will include 10s, 12s, 14s, 16s, 18s and Open. Registration closes on February 13 with a participating fee of $25 for juniors and $30 for adults. Entry forms are available on the association’s website www.SaintLuciaTennis.com or at the National Tennis Centre at Beausejour.