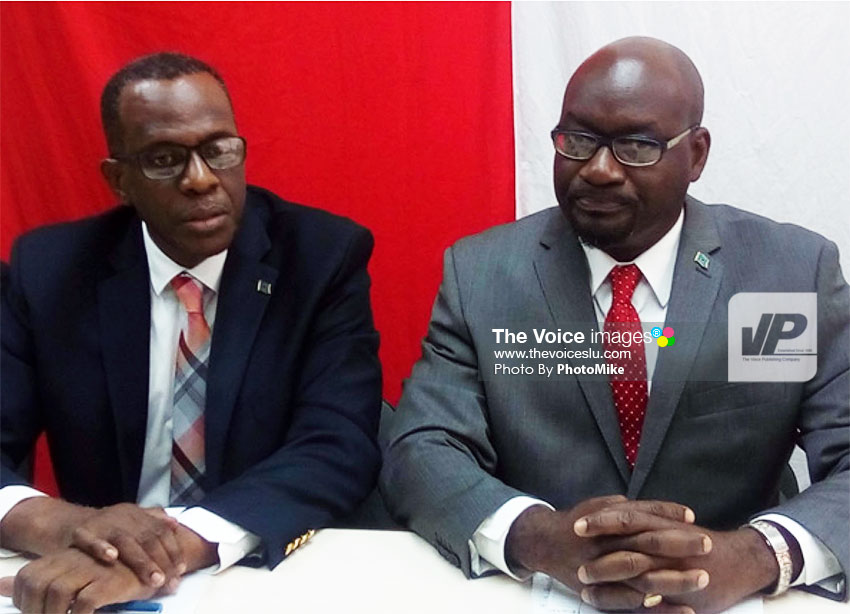 Jn. Baptiste also called on the United Workers Party (UWP) to discontinue what he claims to be a misleading of the public where agriculture and bananas is concerned.

“We know that since assuming office in 2016, almost every announcement that has been made by the United Workers Party can be proven to be incorrect. There are facts that can show that what they are saying are totally not correct,” he said.

According to Jn. Baptiste, during the week of January 20, 2018, Minister Joseph stated that exports of bananas to the United Kingdom increased by 200 percent in 2017 over 2016.

“He said, and I quote: “I am talking about the United Kingdom market. Whilst we have not accomplished the 300 percent, we have seen at least 200 percent increase in 2017 compared to 2016,” Jn. Baptiste said.

Jn. Baptiste said that banana export figures obtained from reliable sources both in St. Lucia and the United Kingdom indicate that Joseph’s were false.

“I am calling on the Minister for Agriculture, Ezechiel Joseph, to provide the export figures for bananas to the UK which show a 200 percent increase in exports for 2017 over 2016,” Jn. Baptiste said.

“All the people of St. Lucia would benefit and be happy if St. Lucia records a 200 percent increase in exports to the United Kingdom. For certain, it would mean increased revenues for our farmers, the people of Vieux Fort North, (and) the coastal communities where bananas are mostly grown,” Jn. Baptiste added.

The former Agriculture Minister said that Joseph is responsible for a sector that depends heavily on correct policy directions and announcements by him must be taken seriously.

“Any statement from the minister must, therefore, be factual,” Jn. Baptiste said.

“This, again, is false and I wish the government to provide the documents to prove that the abattoir cost only EC$11 million,” Jn. Baptiste said.

“In fact, the cost of the construction, the refurbishment of what we found, the purchase of equipment and the abattoir as its stands, is fully equipped, ready to go, (and) is about EC$21 million. And I challenge the government to prove that the abattoir cost only EC$11 million.

“In fact, the statements on banana exports are false. The statements about the cost of the meat processing facility are also false. As a former Minister of Agriculture, I pose the challenge to the United Workers Party government to produce the documents that prove what they are saying is correct.”