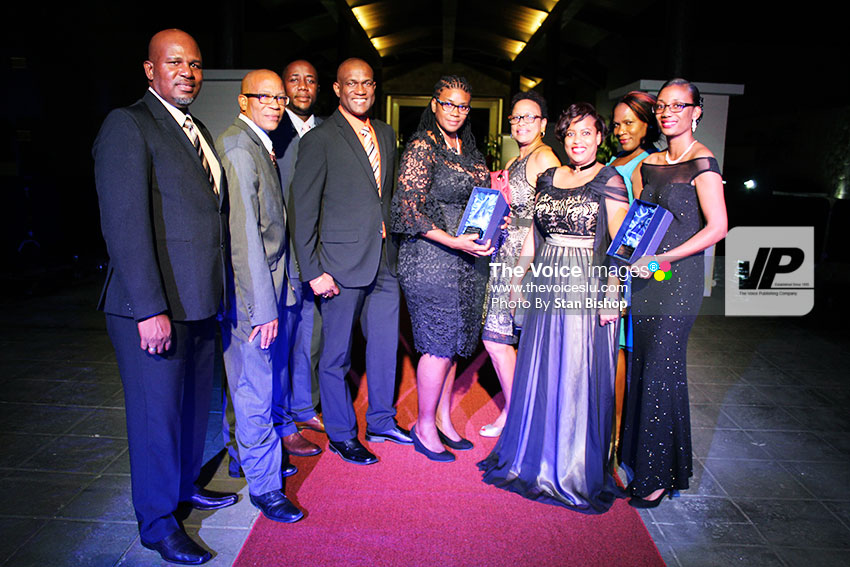 OVER the past nine years, the St. Lucia Business Awards have been used as the perfect platform to rail against the powers-that-be for not cutting the red tape that hinders business as well as honouring those businesses that do go above and beyond these challenges and excel. The nexus seems surreal, but is necessary, and is as essential as the laws of supply and demand whereby one affects the other.

Predictably, government takes a lot of heat from the Chamber president for not implementing the right mix of policies, incentives and programmes that can make the ease of doing business, well, easy. For instance, this year, Chamber president, Martin Dorville, expressed the Chamber’s growing concerns as it relates to a central issue that festers and seems to be getting worse than better: crime.

Businesses, Dorville said in his welcome remarks at the January 27 awards ceremony, “can’t thrive for long in a dysfunctional society. Perhaps, to say it with more bottom-line self-interest, there is so much that we can be doing right now to shape our wholesome business landscape in which business thrives much more sustainably, returning benefits to all stakeholders.”

With Saint Lucia virtually dependent on a single sector – tourism – Dorville said it is imperative that government and the private sector continue to engage more closely so as to arrive at smooth and seamless solutions that benefit the nation’s greater good. He added that systematic tax reforms would better serve the economy as opposed to doling out incentives and waivers to businesses that already have the means to stay afloat.

Among the Chamber’s areas of priority is a single window for trade transactions and documentation which, Dorville said, needs to be accelerated. Another is a doing away with the archaic price control trade licensing regimes, which Dorville said, “are fraught with inconsistencies and subject to political manipulation and still do very little to protect the poor and vulnerable.”

While past and present government administrations have outlined policies they wished to introduce to make the ease of doing business less cumbersome and frustrating, this has been done at snail’s pace. The recent visit by the Governor of the Eastern Caribbean Central bank (ECCB), Timothy Antoine, therefore, serves in good stead for the Cabinet of Ministers who must now take a closer look at how Saint Lucia positions itself in the global economy, which is predicted to grow by 3.9 percent over the next two years.

Dorville cited Canada as an example, where government is so open that “all records are public, all transactions can be scrutinized, government documents are routinely available online (and) the citizenry is thus enhanced and empowered with real-time information.” The question is, however, how difficult is it for Saint Lucia to remove itself from its archaic modes of doing business to a progressive one that makes it attractive for entrepreneurs to want to get into business?

Moreover, the Chamber itself needs to reexamine itself by making information on the private sector more easily accessible. As the highest body that represents the nation’s private sector, the Chamber needs to be more proactive by collecting and distributing crucial data, such as export/import levels for goods and services, as well as giving updates on new entrants to the business climate.

Yes, Rome was not built in a day. But, through a committed approach to doing what is necessary for the greater good of good business, positive change will eventually come. It certainly makes no business sense that the private and public sectors must perennially be at loggerheads simply because there seems to be no way out of the business quagmire that continues to fester. Not only does this stalemate continue to hurt local business, but it also sends a bad signal to foreign investors that the business environment here is not conducive for doing good business.