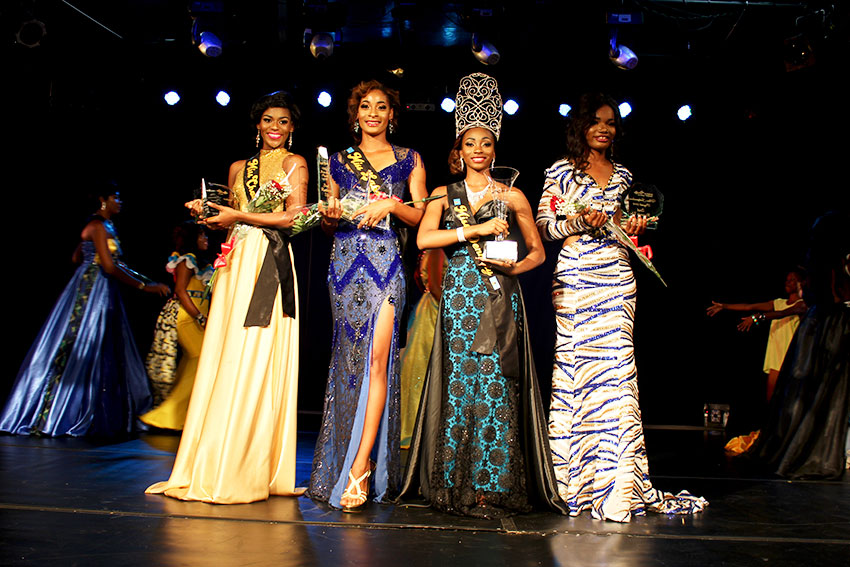 Augustus’ main prize is a $15,000 scholarship from Monroe College. She also picked up the award for Best Talent.

The final point standings were as follows:

Now in its twelfth year, the pageant has been plagued by inadequate funding and poor crowd support. Founder/organizer of the annual pageant, Gregory Lorde, has over the years lamented the scant regard paid to the pageant by sponsors and the public at large.

However, at last year’s pageant, Minister for Culture, Fortuna Belrose, gave her Ministry’s commitment towards improving the image of the pageant, as well as the much-needed financial support and publicity. Last Friday’s pageant was testimony to that commitment as many patrons expressed delight at its overall improvement. The crowd, too, was larger than it had been in years and so, too, the competitive spirit.

Held under the theme, “esprit du corps”, the pageant gave the contestants the opportunity to espouse the values and mantras that serve to develop and uplift Saint Lucian society.

Last Friday evening’s Miss Independence Pageant was a bold showcase of beauty, brains and talent by the nine contestants. Upon their shoulders were the weights of bringing the title home to their respective communities.

Here are some more highlights from the competition that many might remember for a very long time.