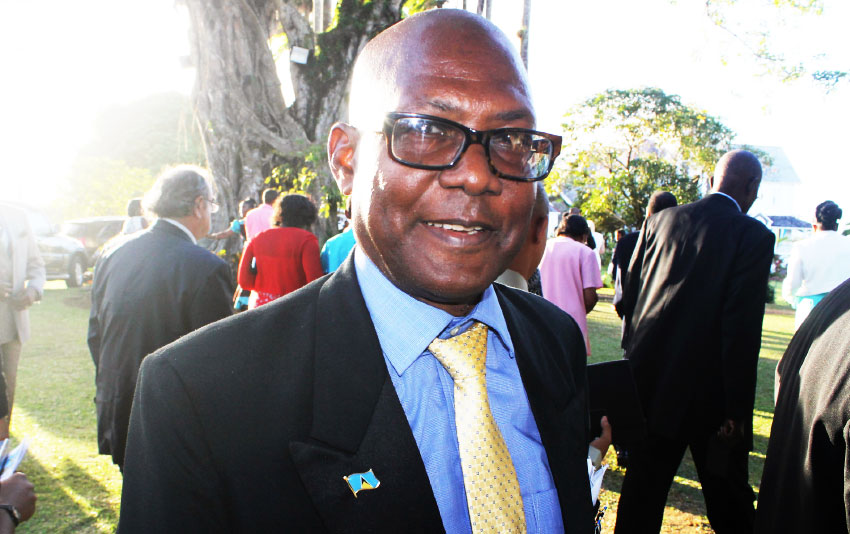 IT is with great sadness that the Government of Saint Lucia extends condolences to the family of Gandolph St. Clair, who died on Sunday, February 11, 2018.

For the fourth time, the cultural community mourns the loss of another member, this time in the form of poet, playwright, actor and singer, Gandolph St. Clair. He was 66.

A native of Vieux Fort, he won a UNESCO bursary in 1979 to attend the Jamaica School of Drama, where he majored in Directing. His numerous credits include: “The Hustlers”, a one-act play written with Robert Lee, and directed by Hayden Forde which has been twice staged (2003 and 2005). In 1999, St. Clair wrote and directed “A Twist In Time”, a 43-minute film which has been shown locally and in St. Maarten at the Soulaiga Film Festival. He also wrote and produced the Radio Play, “1+1+1”, for Saint Lucia’s 15th Independence anniversary.

In 2016, he published “The Calabash Tree….a collection of poetry”.

In April 2014, the Saint Lucia Public Library honoured St. Clair for his invaluable contribution to the literary arts in Saint Lucia. In 2015, as part of the 36th Independence anniversary celebrations, he was awarded the Saint Lucia Medal of Merit (Gold) for long and dedicated contribution in the field of Culture and the Arts. In March 2017, the Saint Lucia Writer’s Forum hosted Gandolph in the Laureate’s Chair.

St. Clair’s work is presently on display at City Hall as part of the 2018 Nobel Laureate Festival.

Reactions
Since his passing on Sunday, friends of the late icon have been expressing condolences, many of them via Facebook. Here are some of their comments on St. Clair’s Facebook page.

Michael Cherrie: Gandolph St. Clair RIP…St. Lucian performing and literaryartist..shocked..make new and wonderful vibrations in that other realm with the Creator, my friend…deepest condolences to his family and the St. Lucia arts community…Godspeed Gandolph…

McDonald Dixon: Sail on brave warrior, the fleet awaits to pipe you aboard. “the world is poorer at your loss.”