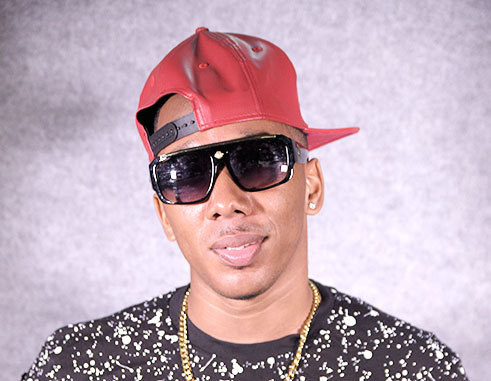 THIS young man has definitely figured out the key to staying on his throne and might have a thing or two to teach us.

Known to many as “Arthur”, Elijah Allain has been very passionate about singing from a tender age. He was known in school for his performances at shows, assemblies or just among friends. Everyone who knew him thought that there was definitely some star quality in the young boy. But no one would expect how quickly and effortlessly this natural born artist would rise to his glory.

Arthur was first introduced to music professionally in early 2008, when he joined the popular Matrix Band. He absorbed every experience then while developing his craft and proceeded to launch his own band, EvaLucian, alongside two of his former students Yanicke Plante and Gus d’Auvergne.

The “Numb” artist quickly became one of St. Lucia’s most popular Groovy Soca artiste and cemented that when he created history by claiming the Groovy Soca title for 4 consecutive years (2014-2017).

Arthur has served as an opening act for international artistes such as Machel Montano, Jah Cure, Munga, The O’Jays, Kassav and R. Kelly. His talent and outrageously sensational performances have been viewed as unique, captivating and addictive.

In 2016, Arthur was honoured by the St. Lucia Foundation of Texas, Houston for his stellar contribution to the arts and promotion of St. Lucia’s music and culture. He was also the recipient of his first International Soca Award for Wildcard Soca Artiste of the Year for the period 2015-2016. In 2017, Arthur was signed on formally as an ambassador to telecommunications company, FLOW.

Arthur’s light does not shine only in the music industry. When not performing on stage, Arthur is part of our education system where he inspires many young children, giving them hope that they, too, can be successful if willing to work hard.

RRD knows that you are eager to get to know more about Arthur and we won’t tease you any longer. So here is the real rundown on Arthur.

Arthur: Music has been my passion for as long as I can remember. When I began my musical journey at Soufriere Comprehensive Secondary School playing the recorder, writing and performing songs at shows and assemblies and being a part of the choir, I still never expected that I would have made a profession of being a musician. Back then, I wanted to be a doctor, or a chef at some point, and even a politician. However, after leaving school and joining the Matrix Band, I realized it was my calling to be a performer and I put in the work that I felt was necessary to become successful in that field.

Arthur: I was born and raised in the community of New Development, Soufriere, and lived there most of my life until I moved to Gros Islet five years ago to further pursue music. I come from a family of seven — three sisters and one brother — to amazing parents Glen and Sabina Allain.

Most of us, including many members of my extended family, are or were at one point teachers, which is probably why I, too, became a teacher after graduating from Sir Arthur Lewis Community College in 2009. I taught IT and Math at my alma mater SCSS for three years, became qualified at Teachers College and then transferred to the Balata Primary School. I have since invested in my business, Major Records, specializing in professional studio recording, commercial/jingle production, music production, and balance this with a full-week schedule with my band, EvaLucian, and as a soloist and duo. Music has become my life.

RRD: What’s integral to the work of an artist?

Arthur: Integral to being an artiste are the same elements that make any profession. Persistence, hard work, discipline, dedication and — most of all — passion are very important. These can bring you success, but you must have plenty patience and never give up.

Arthur: Completely losing my voice and not being sure if it would ever come back has got to be one of my scariest experiences. It took me about two weeks then to recover, and every day was torture.

RRD: What memorable responses have you had to your music?

Arthur: One of my favourite experiences was my third groovy title, performing “Dat Beat”. Seeing the sea of hands and the people throwing their every support at me was amazing and something that I will forever appreciate. My first win, however, will always remain my most treasured, as it was a moment when I finally realized my years of hard work were beginning to pay off.

RRD: What would you change about the music industry in St. Lucia?

Arthur: I believe that we need structures such as a union put in place by members of the industry so that we can further develop the art form and put in place standards that will earn us the respect that we rightfully deserve as we are very significant to the island’s development. I also believe that more avenues need to be made available to provide young persons with the opportunities to pursue music as a career.

RRD: If you could develop a super power, what would it be and why?

Arthur: I feel like I already have a super power being able to create music, but if I had to have another, it would be to bring my grandmother “Ma Puto” back to life. I always wish she were still here to see how far I’ve come and share in the success that she helped create.

RRD: How many hours do you work on your music daily?

Arthur: There is no set time put on how long I work on music. Sometimes I spend an entire day in my studio, other days I don’t go in at all. But there isn’t a day that goes by and I don’t do something musical. I am music.

RRD: What’s the best piece of advice you’ve been given?

Arthur: Be humble and remain positive.

Arthur: To touch the world with my music. I’d like to tour the world and fly that St. Lucian flag and be an ambassador for my country.

If you didn’t know Arthur, you definitely know him now: a hard worker who is determined to accomplish his goals as an international artiste. No doubt that we will continue to see amazing things from him and all of us “Arthurians” out there are anticipating his new music for 2018.

We wish him the best this year and with this we leave you today with hopes that you’ve gained something positive from the story of our young king. Stay blessed.