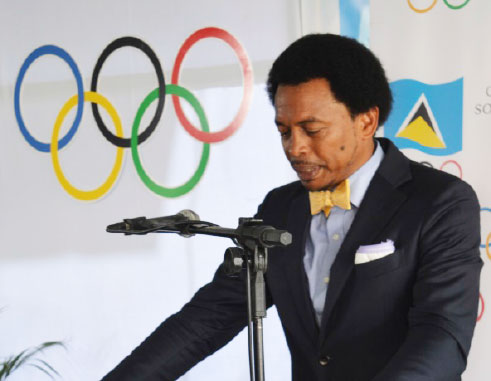 A $3 million injection of funding from the Ministry of Sport & Youth Affairs to Trinidad & Tobago Olympic Committee (TTOC) is ensuring T&T’s participation at three major multi-sport games in 2018.

The investment goes directly towards the country’s participation at the Commonwealth Games in Australia (April 2018), the CAC Games in Colombia (August 2018) and the Youth Olympic Games in Argentina (October 2018).

At the recent cheque presentation, TTOC President Brian Lewis, thanked the Ministry for its continued support, saying: “Given the harsh economic climate, it is important that the Government renews its commitment to the nation’s athletes. Not only is this contribution to sport and those who have dedicated their lives to it, but it is also a demonstration of the value the Government places on the tangible and intangible benefits of participation in sport at the highest level.”

Lewis later told Guardian Media Sports that the money would make it easier for the Olympic Committee not to have to make a decision to pick and choose which competitions to compete in.

He said, “What we don’t want to do as an Olympic Committee and as a Commonwealth Games Association is make the difficult choice to leave athletes and teams at home. At the end of the day, it represents a figure of just 30 per cent of what we require, so it will require us to be very prudent and for us to manage the travel expense, in particular.”

Darryl Smith, Minister of Sport & Youth Affairs, indicated that the Ministry wants to ensure that the athletes’ hard work to prepare for international competition is not in vain.

Smith also stressed that the support from Government must be supplemented by the corporate sector in order for other pressing needs of the athletes to be met.