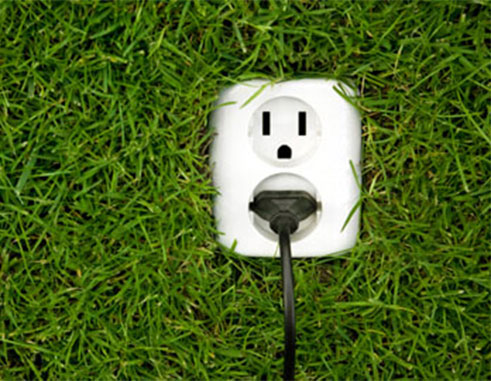 PRESS RELEASE – Last Monday, on the fringes of the Abu Dhabi Sustainability Week 2018, several Caribbean countries received development grants to finance projects that will bolster efforts to transition from fossil fuel economies to economies based on renewable energy.

The announcement coincided with the Eighth Session of the General Assembly of the International Renewable Energy Agency (IRENA). IRENA has been making a vociferous case for energy transition in Small Island Developing states (SIDS), and has had significant impact in beneficiary states that have implemented IRENA-supported renewable energy projects.

His Excellency Dr. Thani bin Ahmed Al Zeyoudi, Minister of Climate Change and Environment, in commending the recipients, reaffirmed the UAE’s commitment to a renewable energy future: “As a key player in promoting renewable energy across the globe, the UAE provides effective solutions to the most pressing challenges the sector faces, such as facilitating funds to implement these projects.”

He went on to reiterate that the UAE-Caribbean Renewable Energy Fund, launched in 2017 during Abu Dhabi Sustainability Week, to finance a range of renewable energy projects in Caribbean islands, is one of the country’s most important initiatives and the launch of the Fund’s second funding cycle will support projects in several Caribbean countries – in addition to ongoing projects in the Caribbean region already financed by the first funding cycle.

According to His Excellency, this “is a clear indication of the UAE’s commitment to spearheading global energy transition efforts.”

This grant to Saint Lucia offers the island an opportunity to move away from unsustainable forms of energy and to transition to renewables.

Dr. Gale T C Rigobert, Saint Lucia’s Minister responsible for Sustainable Development, in expressing gratitude for the financial assistance, emphasized the significance of this injection of funds in advancing the country’s efforts to combat climate change and strengthen resilience. She told the gathering that Saint Lucia is “eternally indebted to the Government and people of the United Arab Emirates.”

Dr. Rigobert referred to the unpredictability and ferocity of adverse weather events and their ability to cripple countries in the blink of an eye. It is for that reason, she said, that the UAE funds were timely and will go a long way in helping Saint Lucia reduce its emissions, mitigate its risks and build resilience in the energy sector.

Dr. Rigobert also applauded the efforts of Prime Minister Allen Chastanet; Minister for Infrastructure, Stephenson King; and His Excellency Malek Al-Sayed, Ambassador-at-Large; and colleagues at Saint Lucia’s Permanent Mission to the United Nations in New York — all of whom were very instrumental in ensuring that Saint Lucia’s request received favourable consideration.

“We are honoured today to deepen our collaboration with Caribbean countries,” said Her Excellency Reem Al Hashimy, UAE Minister of State for International Cooperation. “These projects are visionary in their focus on lowering economic costs while cutting pollution and literally empowering people to enhance their livelihoods and services. They also give our regions a track record of joint implementation and a way to learn about each other’s markets and priorities, spurring new engagement and investment even beyond energy.”

Dr. Rigobert, in reflecting on the significance of this award, concluded: “Historically, SIDS have had difficulty mobilising financial resources for renewable energy deployment. Thanks to the UAE-Caribbean Fund and a strengthening relationship between the UAE and the Caribbean, some of that difficulty has been cured.”

The implementing agency, Masdar, is due to visit Saint Lucia in the coming weeks to engage technical teams and to assist with the advancement of the project.