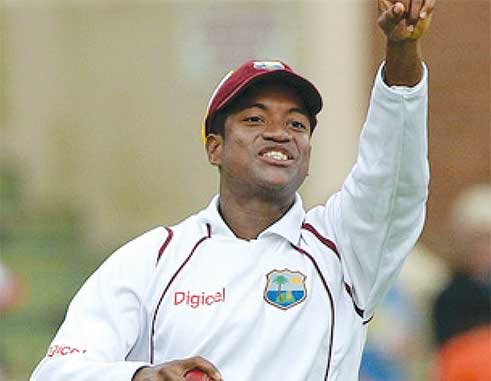 BARBADOS Pride, led by half-centuries from Shamarh Brooks and Shayne Moseley, chose discretion as the better part of valour and settled for a draw with Windward Islands Volcanoes in the Regional 4-Day Championship.

Brooks, the Pride captain, stroked a typically effortless, unbeaten 69 and Moseley was not on 57, as the Pride reached 135 for one in their second innings before the two teams decided it was pointless to continue about 20 minutes before the scheduled close on the final day of their eighth-round match at Kensington Oval.

Brooks languidly drove Volcanoes captain Tyron Theophile, peddling his uncomplicated off-spin, to long-on for a single to reach his 50 from 101 balls, and Moseley soon followed, when he tucked veteran off-spinner Shane Shillingford off his hips into square leg for a single to reach the landmark from 166 balls.

The pair chose to improve their aggregates and averages, as well as gain meaningful batting practice, sharing 125 unbroken for the second wicket, knowing that the prospect of a victory which would keep the Championship alive was out of the question, following the complete wash-out on Saturday’s third day.

The result meant that Guyana Jaguars were confirmed champions for a fourth straight year, as their victory the previous day over Jamaica Scorpions moved them to an unassailable 135 points.

Earlier, Volcanoes, starting the day from 241 for six, were bowled out for 287, in reply to the Pride’s first innings total of 316 about 35 minutes before lunch.

There was token resistance from the visitors’ tail-end batsman, but it was not enough to erase any possibility of an imaginative finish.

West Indies fast bowler Kemar Roach was the most successful Pride bowler with 4 for 75 from 22 overs, Kevin Stoute took 2 for 30 from 19 overs and Justin Greaves supported with 2 for 54 from 22.4 overs.

Either side of a 45-minute stoppage for rain in the morning period, Kyle Mayers, padding up, was lbw to Roach for 38, having started the day on 30, after ushering Volcanoes past 250 and Greaves struck three overs later, when Delorn Johnson was caught behind off Greaves for 14.

Larry Edward was caught by the keeper off Kevin Stoute for six to leave Volcanoes 287 for nine before Greaves had Shane Shillingford caught at deep fine-leg for 16 to bring the innings to a close.

Next round, Pride face Jaguars at this same venue, and Volcanoes meet Trinidad and Tobago Red Force at the National Cricket Stadium in Grenada.