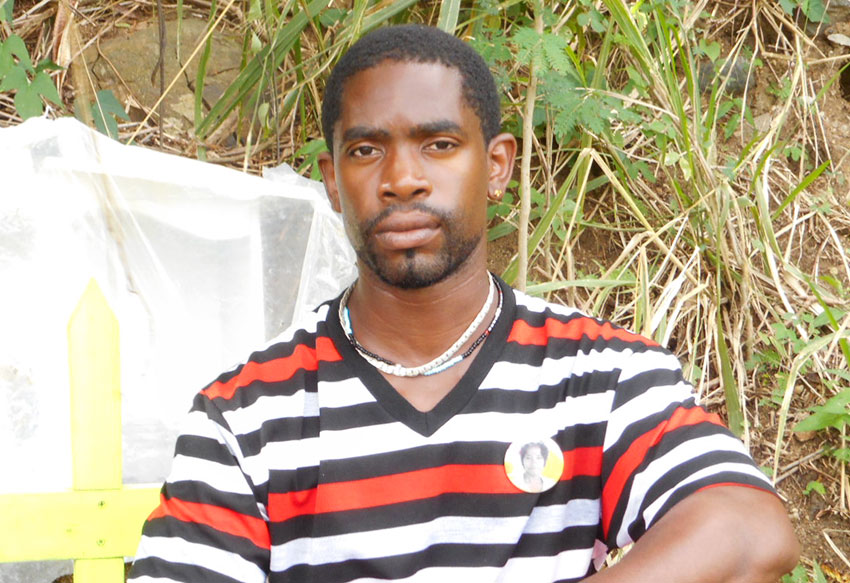 THE family of a Laborie woman who was brutally murdered close to two months ago is calling on the police to carry out their investigations into the matter with vigour, determination and haste.

“The police are moving too slow on the case,” said Miguel Byron, brother of murdered victim, Saadia Byron.

He, however, added that he does not believe the police have given up on the case.

Byron’s semi-nude body was discovered in a shallow stone grave about 25 metres from her home in Black Bay, Laborie, where she lived with her mother, three children and other family members. A postmortem on her body revealed she died as a result of blunt force trauma to the head and body.

Two men were held for questioning in connection with the death of the 33-year-old woman, but were subsequently released pending further investigations.

According to Byron, the incident has left the family devastated as it is extremely difficult to come to terms with the harsh reality.

“I can’t function properly. I don’t know what else to say or do. I am still trying to cope with what’s going on,” Byron lamented, adding that the incident has also left him puzzled.

He said that the family is so grief-stricken by the heinous crime that during a social gathering with family and friends, someone had asked his mother about the case and she just broke down.

Byron said a number of similar cases have gone unresolved and hopes his sister’s case would not do likewise.

“We are doing everything we can to make sure it does not go unresolved,” he said.

According to Byron, the last time he spoke to the police on the matter, he was told that they are awaiting the results of forensic evidence.

He said his sister was of great help to his mother, describing her as a very hard worker who was loved by residents of the community.

Since the death of his sister, a number of people have expressed their willingness to take care of her three children. But, according to Byron, the family is capable of doing it themselves.

“Why do people think my mother is not capable of taking care of her grandchildren?” he asked.

Byron is now calling on the public to assist the police in every way they can to ensure that justice prevails in the matter. In the meantime, the outpour of anger and grief which was expressed by residents of the community has died out and many feel justice will not prevail in the matter.