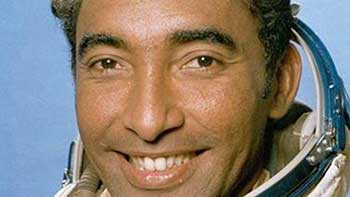 Tamayo Méndez will receive such a distinction in a ceremony scheduled to take place at the headquarters of the United Nations Educational, Scientific and Cultural Organization (UNESCO) on October 27, according to Cubaminrex.

The distinction, established last June 29, is given by the Director-General of UNESCO, Irina Bokova, to prominent scientists, public figures and organizations that contribute to the development of space sciences within the framework of the priorities of that organization.

In this first edition, the award-winners also include leading scientists and astronauts from China, Japan, the United Kingdom and Russia, selected by the International Commission for the Creation of the UNESCO Encyclopedia, Space Science.

Cubaminrex indicates that the awards ceremony will be an auspicious space to celebrate the 70th anniversary of Cuba’s accession to UNESCO, decades of fruitful relations with the Organization, in which the main achievements of the Revolution in significant areas of the country’s life are reflected and match their mandate.

It exemplifies with the First Soviet-Cuban Joint Flight to the Cosmos, in which Tamayo Méndez participated, whose 37th anniversary is celebrated this year.

Brigadier General Arnaldo Tamayo Méndez, who has great recognition and affection in this country, was decorated with the first honorary medal of Hero of the Republic of Cuba.