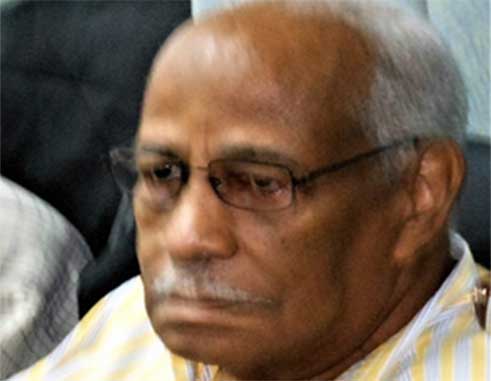 THE St. Lucia Association of Retired Persons Inc. (SLARP) was founded in 1985. Its mission is “to promote the social and economic well-being of members, in order to make life more meaningful and to enhance the utilization of their skills and experiences in the overall development of our society”.

One of the objectives of SLARP is to increase public awareness of the work of the association and, by extension, its contribution to nation-building. Membership is comprised of persons who have served in both the public and private sectors. They are from various disciplines and have given their time and efforts to their careers, family and communities.

All are talented people who have retired and are still involved and impacting the arts, crafts, culture, education, fashion and business world. They are treasures in our society, and continue to give of themselves.

This column, the first of its kind, is being published in an effort to highlight its “treasured members” and to bring about public awareness of the St. Lucia Association of Retired Persons Inc. (SLARP Inc.). We present our first “Treasure” in the person of Mr. Eldon Mathurin.

Mathurin was born at Water Works Road, Castries, St. Lucia. On leaving school, he started his career as a clerk at Minvielle and Chastanet and after a short while, migrated to the United Kingdom in 1955 to study. While in the UK, he joined the British Army and did National Service with the Royal Signals in UK.

Mathurin studied Telecommunications Engineering and spent 11 years working with Inland Revenue in the UK, after which he was seconded in 1966 to the St. Lucia Government where he served in the position of Comptroller of the Inland Revenue.

His services went beyond that of his native land — in 1973, he assumed a position as Tax Advisor with the CARICOM Secretariat in Guyana and then as the Director of Functional Corporation. Mathurin returned to St. Lucia between 1983/84 and served as the Director of Tourism with the St. Lucia government. He later migrated to Barbados and worked on setting up the office of the Caribbean Disaster Emergency Response Agency (CDERA), now known as the Caribbean Disaster Emergency Management Agency (CDEMA).

On his return to St. Lucia, he engaged in a number of consultancies. Mathurin was also one of the pioneers of Eastern Caribbean Telecommunications Authority (ECTEL), where he served as a Commissioner.

In addition to his illustrious professional career, he found the time to join and contribute to other organizations, such as the Saint Lucia Civil Service Association (SLCSA), where he served as Secretary and Treasurer. He was one of the early members of The Pensioners Association — now renamed the St. Lucia Association of Retired Persons Inc. (SLARP Inc.).

In 2013, Mathurin was one of two members who attended a meeting hosted by the Barbados Association of Retired Persons (BARP) for retirees. The focus of the meeting was to foster linkages with seniors throughout the region.

Mathurin is still quite passionate about the advancement of the association and the need to broaden its membership base, as well as a medical insurance for its members. He served on a small committee to review the byelaws of the association. During his active years in government, Mathurin continued to advocate that more should be done for seniors and that there should be a secretariat at least partly funded by government.

In our 30th anniversary magazine of 2015, Mathurin wrote this as his contribution: “It has been said that the progress of society can be judged by the way it treats its children and its senior citizens. There is no question about the serious efforts being made to enhance the position of our youth, perhaps we can also spend some time and effort on the situation of our senior citizens. After all, we all hope to get to that status, so let us try to ensure that the journey is worthwhile and the destination enjoyable.”

During a recent visit by members of the Association, Mathurin had this to say: “The Association was on the right path and with the right ideas.” His advice to retirees: “Stop being retired – be active.”

Mathurin enjoys quiet moments with his family and still offers assistance to the association. We thank him for his wealth of knowledge and the contribution of his expertise to St. Lucia.