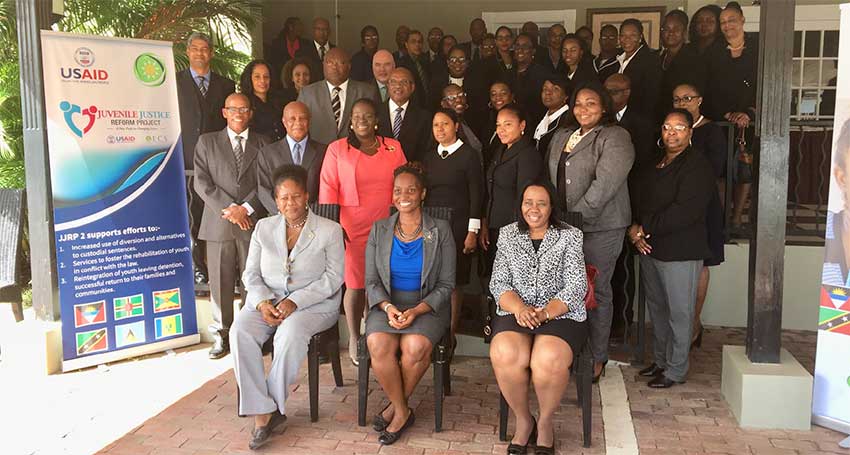 AS a result of a three-day training workshop in St. Lucia, Eastern Caribbean judges and magistrates are able to better support international agreements that outline the rights of a child, rehabilitative approaches, and juvenile justice reform.

During the opening ceremony, Simone Brown, Education Development Officer at USAID Eastern and Southern Caribbean, told judiciary senior members that their leadership was crucial to the reform process.

“Many partners will look for your leadership to drive the collaboration of other stakeholders, including the police, social services, and families. This will allow us to better establish systems that ultimately result in serving the interests of children, their families, and society at large,” she stated.

The JJRP is funded by the United States Government, through USAID, and implemented by the OECS Commission. The Project supports six OECS member states to increase diversion approaches, strengthen rehabilitation services, and improve the reintegration processes for children who come into conflict with the law.