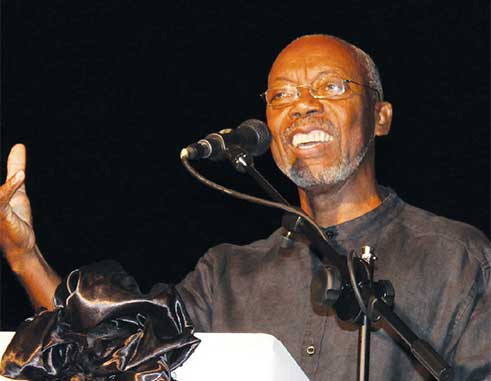 PATRICK Angus Butcher Anthony, affectionately known as “Paba”, was born on August 6, 1947. For the past 50 years, his life’s work has been that of a cultural missionary working at developing parishes in Saint Lucia and the region with many other virtual communities globally.

Born in Castries, Saint Lucia, he was educated in Saint Lucia (Methodist Primary Schools, St. Mary’s College), Mount St. Benedict Seminary (Trinidad and Tobago) and the United States where he completed his Master’s Degree. His doctorate on the work of Derek Walcott was completed with the University of the West Indies, St. Augustine. He was ordained priest on August 6, 1972 and founded the Folk Research Centre (FRC) in 1973.

Throughout his life, he served in numerous capacities in the Catholic Church, undertook research and teaching on religion and culture and published/produced numerous works. Among the awards he has received are Monsignor – Cappelani di SuaSantita, in August 1984, and the Saint Lucia Cross, in February 2000.

A former director of the Archdiocesan Pastoral Centre, Saint Lucia, Anthony holds a Master’s Degree in Theology from Catholic Theological Union in Chicago and a Doctorate from the English Department of the University of the West Indies, Trinidad.

In 2013, Msgr. Anthony was declared a national cultural hero by the FRC. In 2017, the FRC was renamed the Msgr. Anthony Folk Research Centre in his honour.