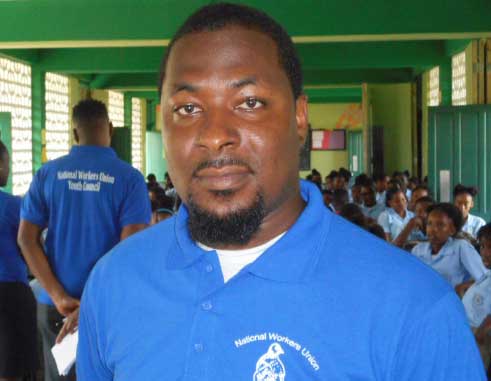 THE National Workers Union Youth Council has undertaken an initiative to sensitive Form 5 students of secondary schools throughout the island on the importance of trade unions.

Last Friday, students from Beanefield Comprehensive Secondary School in Vieux Fort benefited from such a move when the executive members of the Council explained to them the roles and benefits of trade unions.

The executive members drew references to a number of instances where trade unions had to intervene in industrial disputes between employees and employers to arrive at an amicable settlement between the opposing parties.

The students were advised to be mindful of the discouragement they will face from employers whenever they try to join a trade union, and the need for workers to adopt a unified approach in seeking trade union representation.

According to President of the Council, Kendel Emmanuel, the discussion with the students is crucial as they prepare for the world of work.

“The discussions with the students will go a long way in ensuring that when they get employed later in life they will get that type of representation. At the end of the day, they will not be faced with the issues a lot of people are presently experiencing,” Emmanuel said.
Emmanuel said schools in the south where they have visited so far have shown tremendous interest in the discussions.

“The schools have shown keen interest in the initiative by the level of participation and quality of questions they asked,” he said.