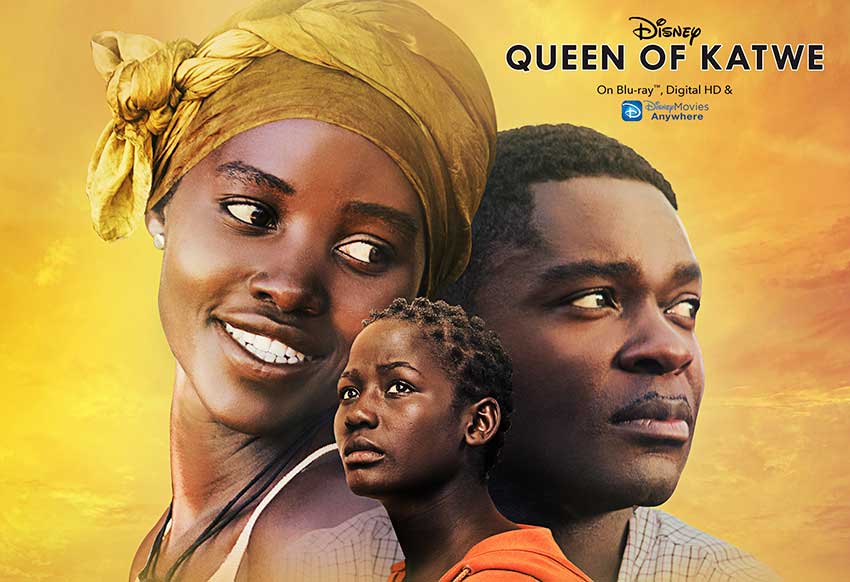 PRESS RELEASE – HBO presents the best films from the top Hollywood studios with a new lineup of box office blockbusters throughout the month of October, premiering every Saturday.

Queen of Katwe: Katwe is the name of a slum in Uganda where children are all too used to life’s struggles. For 10-year-old Phiona, her life changes when a missionary arrives and introduces her to chess. Queen of Katwefollows Phiona’s journey from the slums to tournaments where she finally gets a glimpse at a new chapter and starts to believe in the possibility of an entirely different existence. (Saturday, October 7)

Sully: Based on the true story of one American commercial pilot’s emergency landing on New York City’s Hudson River, Sully is a powerful story about an unassuming hero who is unprepared for what ultimately comes with fame and notoriety. The film stars two-time Oscar-winner, Tom Hanks as Captain Chesley “Sully” Sullenberger, and was directed by two-time Oscar-winning director Clint Eastwood. (Saturday, October 14)

Fantastic Beasts and Where to Find Them: is the first full-length Harry Potter franchise story to focus on adult characters living in an adult world. The year is 1926 and Newt Scamander (portrayed by Oscar-winner Eddie Redmayne) has just completed a global trek to find and document an extraordinary array of magical creatures, but after a stop in New York, it appears some of those discoveries are about to be set free. (Saturday, October 21)

Sing: When a once-grand theatre falls on hard times, it takes the world’s greatest sing competition to bring it back to life. With a handful of Oscar-winning talent lending their voices – from Matthew McConaughey to Reese Witherspoon – Sing is an unforgettable tale of perseverance and dreaming big. Five unlikely ‘stars’ emerge as the leading contestants – a mouse, an elephant, a pig, a porcupine and a gorilla – and believe this is their shot to change the course of their lives. (Saturday, October 28)