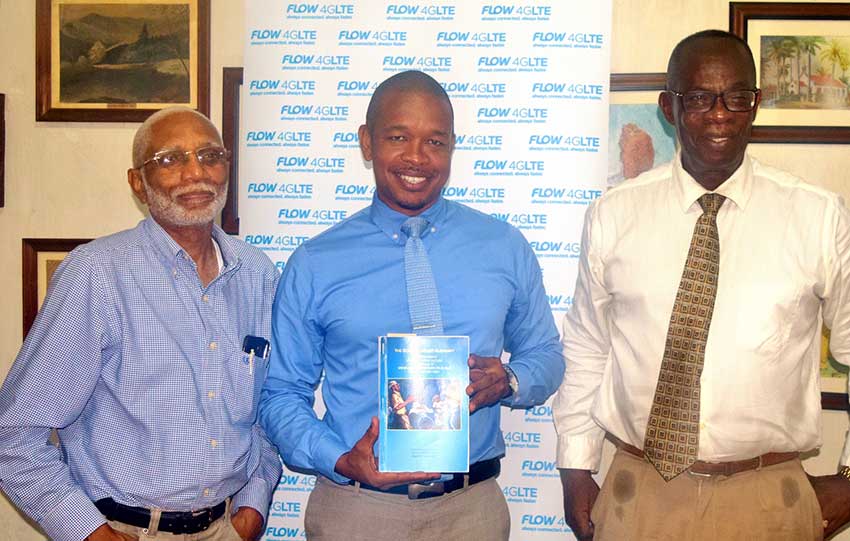 PRESS RELEASE – WITH the nation’s month-long celebration of its Creole heritage and culture now well underway, the recently-renamed Msgr. Dr. Patrick Anthony Folk Research Centre has announced an exciting new project in honour of its eponym. The project is a book entitled “The Road To Mount Pleasant”, featuring selected essays on Saint Lucian culture.

Compiled and edited by John Robert Lee and Embert Charles, the tome is a belated 70th birthday gift for Msgr. Patrick Angus Butcher Anthony, also known as “Paba”. The noted Roman Catholic cleric, some of whose essays are featured in the compilation, was ordained shortly before the Folk Research Centre was established in 1973. Father Anthony and the Centre have been heavily engaged in research into as well as documentation and promotion of Saint Lucian culture.

The project, which is set for completion during Creole Heritage Month, has received a financial boost from Flow, Saint Lucia and the Caribbean’s leading telecommunications service provider. The company, which has been at the forefront of celebrating Saint Lucian culture and cultural icons through the years, has been a staunch supporter of the Folk Research Centre. The two entities have partnered time and again for the staging of Jounen Kweyol activities in communiites across the nation.

“We are delighted to have been granted the opportunity to collaborate with the Folk Research Centre as it embarks on producing this ground-breaking publication,” said Flow Saint Lucia Communications Specialist, Terry Finisterre. “As a company that has been operating in Saint Lucia since the 1800s, we at Flow believe that it is our duty to uphold our national patrimony, to promulgate Saint Lucian culture, and to assist agencies such as the FRC whenever possible. This is a commendable effort from our long-time partners in celebration of one of the true heroes of our very own culture.”