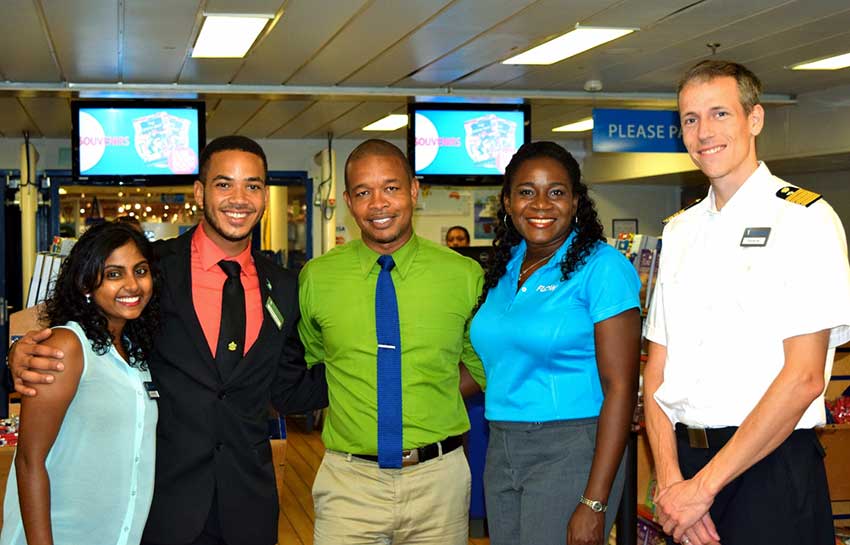 PRESS RELEASE – THE world’s largest floating book fair, “MV Logos Hope”, will be docked in Saint Lucia for the next two-and-a-half weeks (until November 5). The vessel’s stay in the Helen of the West is being facilitated by Saint Lucia and the Caribbean’s leading full-service telecommunications provider, Flow.

The Logos Hope is docked at Pointe Seraphine in Castries until October 30 and will be at Finger Pier in Vieux Fort from October 31 through November 5.

This unique vessel offers exclusive onboard events for people of all ages but, of course, it is best known for thousands of quality, affordable books for all ages and interests. The “Logos Hope” is open to the public.

On Thursday morning, Her Excellency Governor General Dame Pearlette Louisy officially opened the book fair to the citizenry of Saint Lucia, following a brief ceremony aboard ship. The official opening ceremony was attended by dignitaries, the media, and prominent figures in the domestic arts and cultural community.

During the course of their stay in Saint Lucia, the crew of “Logos Hope” will be using complimentary Flow broadband internet, landline, and mobile service to connect with one another, as well as local organisers and government contacts. The total value of the sponsorship, coordinated through the Logos Line-Up Team, is approximately EC$30,000.

“We welcome the Logos Hope, and we thank them for the opportunity to help make the most of their stay on island,” said Flow Communications Specialist, Terry Finisterre.

“We are pleased to be able to furnish them with cutting-edge communications solutions, including high-speed broadband internet, and 4G LTE mobile data connectivity, and we thank all of our hardworking colleagues who made this possible.”

Flow has supported the “Logos Hope” throughout its visits to various Caribbean territories. Operated on behalf of O.M. Ships International by GBA Ships e.V., a non-profit, charitable organisation registered in Germany, the vessel, which can carry up to 500 crew members and has room for over 1,000 visitors, last visited Saint Lucia on its maiden voyage in 2009.