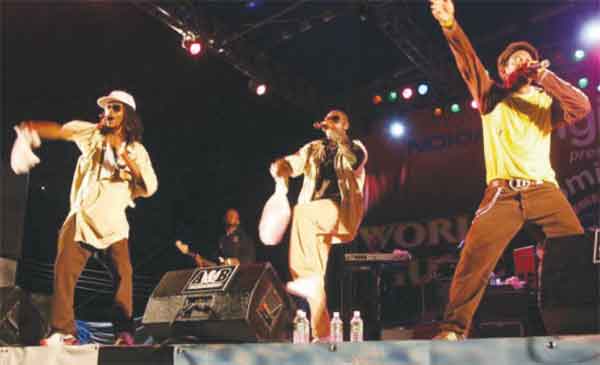 PRESS RELEASE – AFTER months of planning, Dreamphoria will go on with headliner WCK from the sister island of Dominica, which was recently ravaged by Hurricane Maria.

The eight-member band was not spared the woes that Maria brought with her this September; so much so that despite personal losses by its members, including losing its band room and damages to equipment.

When canceling the event was suggested by Liberty FM (the hosting company), band leader, Keith, responded with an assertive ‘No’. He said they will muster the courage and come to give Saint Lucians a great show this November.

92.3 Liberty FM, a radio station which operates from Soufriere, initiated Dreamphoria last year to plug the entertainment lull which occurred in November. After the Soleil Summer Festival winds down in October and people are getting ready for Christmas festivities, they have Dreamphoria to enjoy in the meanwhile.

Dreamphoria is a two-day event which begins with a street party on Friday, November 24, which will be hyped by DJ Thuram, Zeggeh Boys, Jay Budz and DJ Ted. The next day, Saturday, November 25 is the main activity, the Dreamphoria Concert, which WCK, the bouillon pioneers, will be headlining. They will be supported by local acts EvaLucian and Arthur Allain, Black Boy and Messi, Mighty and Subance, Hollywood HP, DJ Exclusive, Selector Ashton and StarboyTerrick.

Liberty FM wishes our Dominican brothers and sisters a speedy recovery and has pledged part of the proceeds toward the Hurricane Relief Fund for Dominica. Liberty FM is pleased with major sponsorship from FLOW in making this event possible.