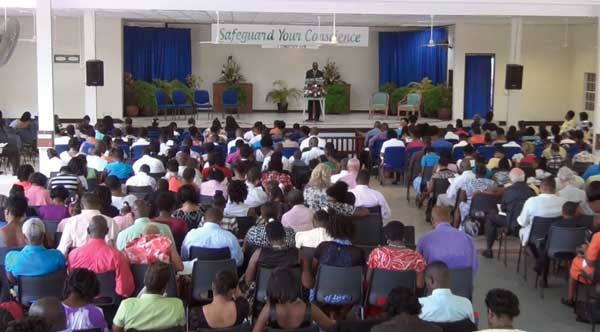 PRESS RELEASE – ST. LUCIA will be the venue for this year’s Annual General Meeting of the Antilles Canon Law Society (ACLS), a small society of Canonists and Tribunal personnel from Dioceses within the Antilles Episcopal Conference (AEC) of Catholic Bishops, which is governed by Statutes approved by the Conference of Bishops.

The Society organizes an annual convention at which papers are presented by canonists from the Caribbean region and beyond and training workshops are conducted for personnel of the Regional Tribunals. The Society’s Annual General Meeting also takes place during the Convention at which elections for an executive are held biennially.

This year, the Society’s Annual Convention and AGM will be held at the Benedictine Monastery, Coubaril, where 34 ACLS members are expected to gather for the September 25-29 event. Presenters at this year’s Convention will be Professor Emeritus Fr. Francis Morrisey, Professor Chad Glendining, Professor Michael Nobel from St. Paul’s University in Ottawa, Canada and Fr. John D. Persaud, General Secretary of the Antilles Episcopal Conference.

The Convention’s opening Mass will take place on Monday, September 25 at Our Lady of Fatima Parish Church, La Clery at 5:00 p.m., and will be attended by the Governor General and other dignitaries. The faithful of all parishes are invited to attend this special service.