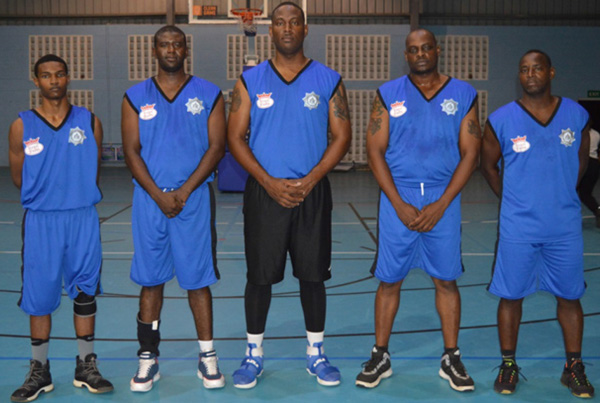 THE excitement, loud shouts, horns blowing and camaraderie continue in the 2017 Chamber of Commerce/Saint Lucia Basketball Federation-sponsored KFC Commercial Basketball League tomorrow evening with a doubleheader at the Indoor Practice Facility at Beausejour.

From 7:00 p.m., CSA will take on Teachers Union while Sandals — coming fresh from their 1-point victory against Digicel last week Friday — will play Financial Services.

Having Come from an impressive opening game against Police (54-40), the Saint Lucia Fire Service is expected to pull all stops when they play Media Ballers at 8:00 p.m. Last evening, in the only match on the card, Lewis Industries took on defending champions PCD/Goddard Group.

The KFC Player of the Game went to Keiron Walcott, who finished with 20 points and 23 rebounds. Fabian Florton and Carlos Solomon contributed 20 and 23 points respectively for Digicel.

The KFC Player of the Game, Jean-Michel Eloise (SLFS), finished with 7 points, 10 rebounds and 6 steals. Marcian Calderon led the SLFS with 19 points and 18 rebounds. Durocher Antoine was the only RSLPF player in double figures, scoring 16 points.

The weekend was capped off with an epic comeback by the Media Ballers, who trailed by as many as 15 points, but rallied at the break to overcome the deficit, giving them a 59-58 victory over the Teachers’ Union.