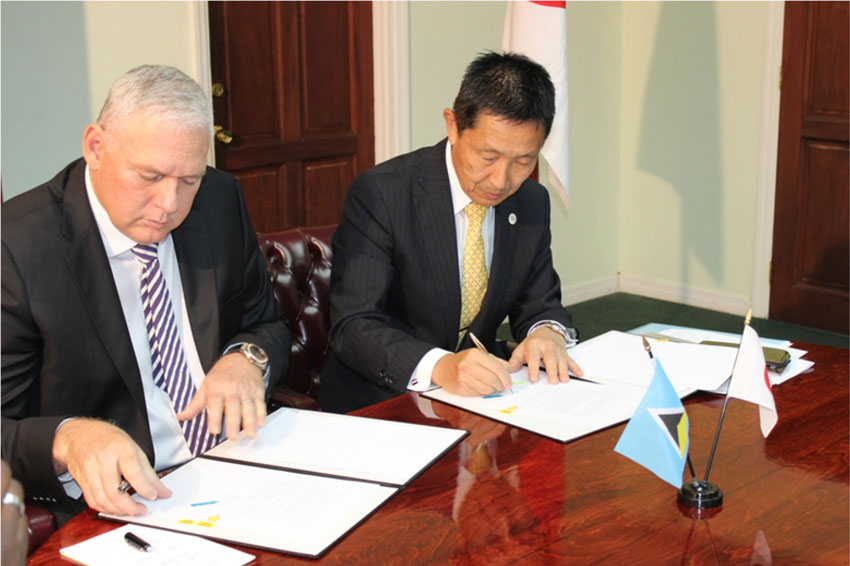 A GRANT agreement signed yesterday by the governments of St. Lucia and Japan has been hailed as special, particularly for St. Lucia, which is vulnerable to natural disasters and the impact of climate change.

The agreement also symbolized and cemented the commitment of the government of Japan through the Japan International Cooperation Agency (JICA) to provide technical and financial assistance to St. Lucia, says Ivor Daniel, Permanent Secretary in the Ministry of Infrastructure, Ports and Energy.

The agreement will see the construction of two bridges in the Cul-de-sac and Ravine Poisson, areas which have a long history of flooding.

Daniel said the existing bridges were initially identified for reconstruction in the Ministry of Infrastructure’s overall National Bridge Assessment Exercise.

“These bridges have been severely challenged by the frequent weather related events,” Daniel said.

He said preliminary designs showed the bridges will be built better than before and able to provide the level of resilience required to guard against the vagaries of the weather, and reduce to zero traffic stoppage on them.

Meetings have already been held with the Japanese consultant on the project and stakeholders. Government, in the 2017/2018 budget, had already approved $3 million to finance the bypass roads that are required while the bridges are being worked on. Some of that money will go towards the acquisition of nearby lands which will be required.

“We are quite pleased with the progress of the project and we are hoping that once we sign this agreement we can move forward very speedily,” Daniel said.