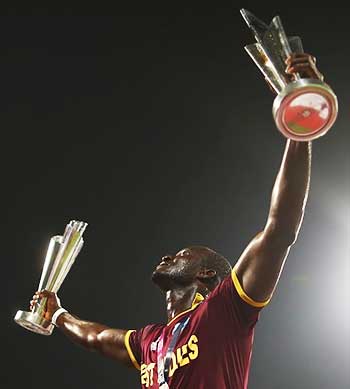 THE microscope will be on former World Champions West Indies who failed to qualify to play in the just-concluded ICC World Cup 50 Overs Tournament in England which Pakistan won. To date, the Windies’ performance in the limited over format can best be described as awful despite beating India last Sunday at Sabina Park, Jamaica.

Chasing 190 for victory, India fell short by 11 runs with Captain Jason Holder picking up a career best 5 for 27. The win for many West Indian fans came as a surprise and for others it was simply a fluke based on previous performances. The World Champions have hit rock bottom even by their standards and are now ranked 9th on the ICC list, and the cricketing world knows the Windies can perform a lot better.

India now lead the five-match ODI series 2-1 with all to play for, following the defeat at the hands of Pakistan, and Virat Kohli and his men will be going all out to win the decider, the first match having been rained out.

For the home team, today’s final game is nothing less than vital in the strictest sense. In other words, it’s a must-win situation. A victory would be of major impact on the team as it was for the former ODI champions under Clive Lloyd in 1975 and 1979, the ICC Champions Trophy under Brian Lara in 2004 and T20 Champions under Daren Sammy in 2012 and 2016.

A good end for that matter, a drawn series against India, should bring a glimmer of hope and confidence as the team starts the long climb back to where they rightfully deserve to be before going over to face England next month in a series which starts on August 17 and includes three Tests, one T20 and five ODIs.

Cricket was and is still the Caribbean’s passion regardless. At present, it may not be much of an interest because the team is not doing well. But for some, it is more of an interest as it is still the most important sport and uniquely binds the region. What Caribbean politicians past and present have been trying to do since the formation of CARICOM 44 years ago.

At present, more people are interested in how West Indies fare in the shorter version of the game (T20) and with the Caribbean Premier League scheduled to bowl off here next month at the Daren Sammy Cricket Ground, it will certainly be the talk of the town as T20 heroes Daren Sammy and Johnson Charles are in the Saint Lucia Stars mix.

As West Indians, we won’t always be happy with the way things are being run currently. Some may say insularity has raised its ugly head again and inefficiency exists in certain quarters. The way the Board deals with the senior players even if they are all currently available is another issue of concern.

What makes it even more interesting is Dave Cameron winning the WICB presidency unopposed. Like it or not, it is up to the players to now go out and apply themselves to the best of their abilities with both bat and ball and win matches.

The question remains: Do the West Indies have a chance of winning the upcoming series in all formats against England at home?

Only time will tell.