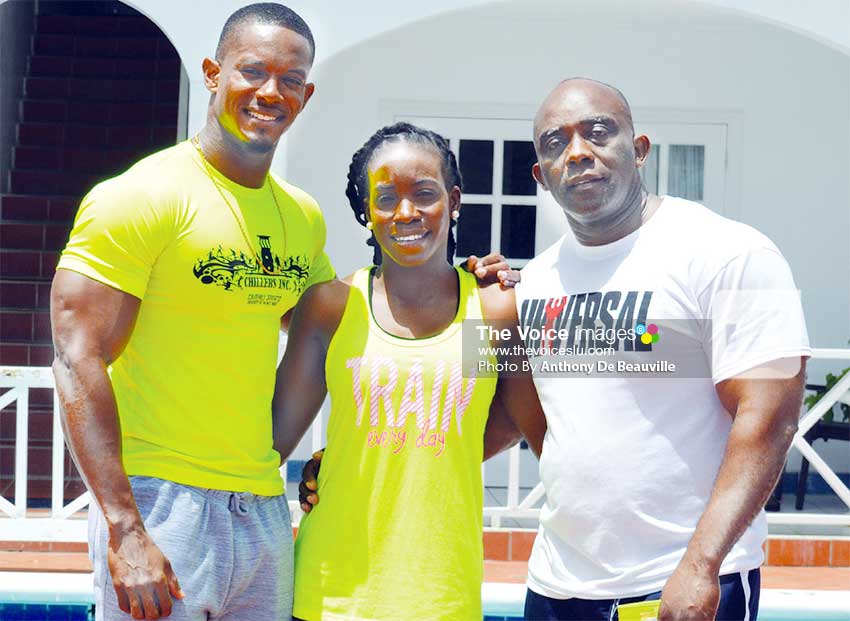 ITS countdown time as the Saint Lucia Amateur Body Building & Fitness Association (SLABBFA) will host its first major championship for 2017. The event will be held on Saturday, August 26 at the National Cultural Centre from 8:00 p.m.

According to the SLABBFA, athletes will compete in several categories, showing off their hard work, determination and eye-catching physiques on the stage.

Led by Jacqueline Trim, the executive has been active in recent months preparing for the event and anticipation is high for the showdown among the various gyms on the island.

Among the categories being contested will be the novice, intermediate, champions, men’s physique, women’s physique, figure and bikini. A number of interesting names are coming to the fore this time around and it appears bodybuilding fans will be in for a real treat.

The national championship is one of the first steps towards qualification for a number of regional contests up until December, including the Central American and Caribbean Championship in Mexico.

Trim said, “We are looking forward to a great show at the NCC. Over the years, the Saint Lucian public has supported the athletes. At present, our members are putting their final touches together and one expects them to electrify the audience.”

Meanwhile, ahead of the championships, the association held a developmental seminar for its members at the AubergeSeraphine Hotel last weekend where three Barbadians in the sport took the Saint Lucia athletes present to another level of education.

Dodson touched on a number of interesting issues including the use of drugs in sports which went down well with the local athletes.

Doughlan gave the local bodybuilders useful tips about their presentations, including how they should pose on stage and what young female athletes just entering the sport should expect.

Said Boyce: “With a few weeks to go, we want to make sure the local athletes have all the tools necessary to be the best they can be as they prepare for the championships.”

He continued: “In the long-term, from doing this programme, they will have the tools maybe to compete in the Barbados, Antigua, CAC in Mexico and Guyana classics in the months ahead. We want to see Saint Lucia back in the fore, like the good old days of Ronaldson Auguste and Julian Felix. We just want to work with the Saint Lucia Bodybuilding Federation to get these athletes back on the regional stage. Saint Lucia has been missing in action.”

Trim was pleased with the turnout as most of the athletes are new and eager to learn and progress in the sport.

She said, “With all the new categories coming on board, we need our athletes to know what is expected of them at the regional and international stage. What is being done here is not necessarily what is accepted outside of Saint Lucia. Giving them that information when they go on stage, they can now present themselves professionally all in an effort in becoming professional athletes.”

She continued: “One of the challenges we have experienced was whenever we took our athletes to the Caribbean and Central and American Championships, our athletes always looked drawn out. So this developmental seminar was basically to make them understand how to plan and prepare sufficiently for a championship and still look extremely well at competition level.”