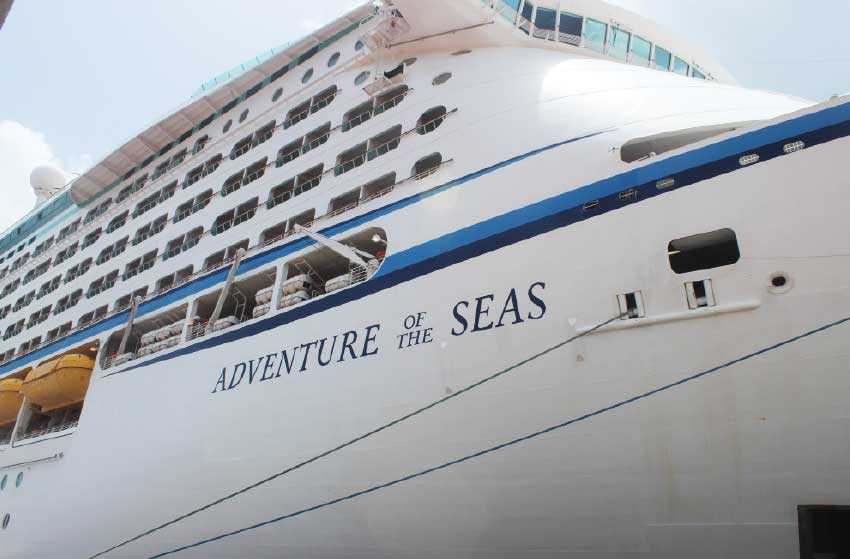 ROYAL Caribbean International’s cruise ship, Adventure of the Seas, is resuming its calls to Port Castries. Thanks to a successful dredging exercise undertaken by the Saint Lucia Air and Sea Ports Authority (SLASPA), the 310-metre-long (1017.6 feet) Voyager Class vessel can again dock at Pointe Seraphine.

Adventure of the Seas had previously been unable to dock at the city’s port due to depth issues.

SLASPA has been conducting a major extension project at Pointe Seraphine Berth Number 1 and the Authority had to close that berth. Consequently, Adventure of the Seas was reassigned to Berth Numbers 2 to 4, which are considered secondary cruise berths, but are of sufficient length to accommodate ships up to 330-metres in length.

However, Royal Caribbean International indicated that they would not allow Adventure of the Seas to dock at these berths unless SLASPA could demonstrate that the harbour was deep enough alongside for the ship.

The required depth alongside the berth is a minimum of 10 metres for the entire length of the berths. SLASPA’s measurements showed that the depths alongside were inconsistent with this requirement and so it undertook the dredging exercise to address this.

The work involved using a ship to suction silt off the bottom and heavy equipment to excavate heavier material until the required depth was achieved. As a result, SLASPA was able to meet Royal Caribbean’s requirements for their ship in a relatively short amount of time. The cruise line has expressed its satisfaction with SLASPA’s efforts and Adventure of the Seas is scheduled to call at Port Castries every three weeks all the way into the next cruise season.