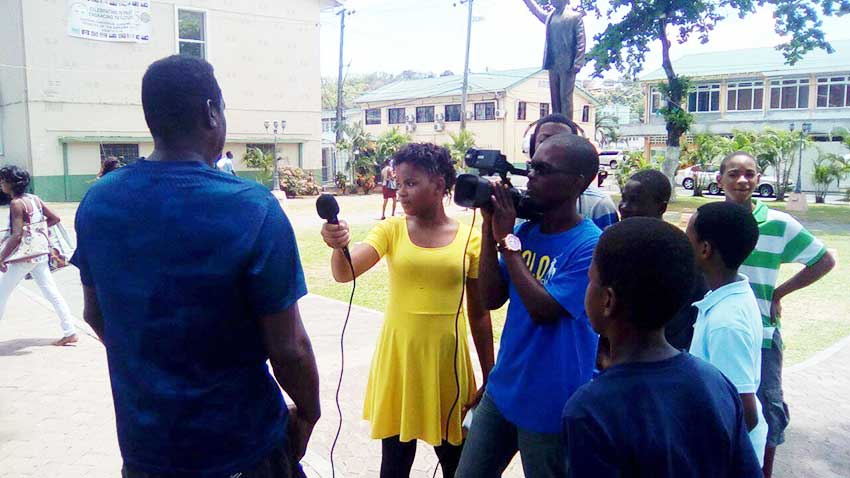 PRESS RELEASE – THE Caribbean Youth Film Festival (CYFF) is getting ready to host its fifth annual festival from July 24 to August 12.

CYFF is a vibrant film festival with the mandate of “Empowering Youth Through Film.” With strong participation from young filmmakers across the island, we have been able to assemble these filmmakers for a number of initiatives, such as our Film Club, Independence Film Competition and Caribbean Expo 2017.

Part of CYFF’s mandate is to use film to innovate, educate and build character in students of our programme. Our aim is to continue providing youth with the opportunity to develop their craft with the assurance of providing opportunities for collaboration and growth with other organizations on a variety of subjects as we did with an Easter Youth Camp where ‘diabetes and youth’ was our theme.

The idea for a Youth Film Festival was conceptualized by Colin Weekes in 2012. The concept was shared with RISE (Saint Lucia) Inc., a non-profit organization founded by Dr. Stephen King and Dr. Jacqueline Bird. There, it received full support as it was compatible with their main aim to empower the youth in a healthy environment.

The collaboration of the two parties was sealed when RISE (Saint Lucia) Inc. commissioned Weekes to conduct a film workshop in November 2012. That exercise was very successful as it was evident that the students who attended had the talent and desire to produce projects of high quality. Consequently, in 2013, the first Youth Film Festival was held in Saint Lucia.

This year’s programme will commence with a series of workshops where we are scheduled partner with the Central Library, Saint Lucia Social Development Fund and the Juvenile Probation Unit. These workshops will engage youth at all levels of our social spectrum to benefit from subjects from professionals who will empower their knowledge on vocational and technical skills. The festival is designed to use film as a catalyst to stimulate the minds of our youth where they can later venture into their chosen field with strong consciousness of their abilities.

The festival has already attached entries in 2017 from Jamaica and Guadeloupe and expects a strong showing of films from the OECS with continued participation from Saint Vincent and the Grenadines as they did last year. Festival Director Weekes believes this participation is attributed to the relevance of such festivals for the integration of our Caribbean societies and of this sleeping giant of an industry called Film.

The festival will close with an awards ceremony where films and the cast will be rewarded in various categories as the films will be screened prior for viewing by the general public.

Putting on the festival is very much a challenging undertaking, the Director said, as we continue to solicit support from the corporate and public sector. We must, however, acknowledge the companies and agencies who have embraced this project as we continue to develop. There is evidence of its growth with the number of entries and participation of the youth attending the workshops; this gives the belief we are doing something right and positive.

The Caribbean Youth Film Festival would like to invite all youth and organizations interested in participating in this year’s festival to contact Colin Weekes at (758) 520 4814 or email: cweekes@doveprostlucia.com.